Brainboxes allow you to add predefined gameplay features and functionalities such as data, motion, and outcomes to an asset with just a click or two, instead of adding and linking individual nodes and defining the logic.

There are three main categories of Brainboxes:

To add a Brainbox to an asset:

After you add a Brainbox to an asset, its attributes appear in the Options panel where users can adjust their values as needed.

Each Brainbox also has its own set of nodes that make up its functionality. 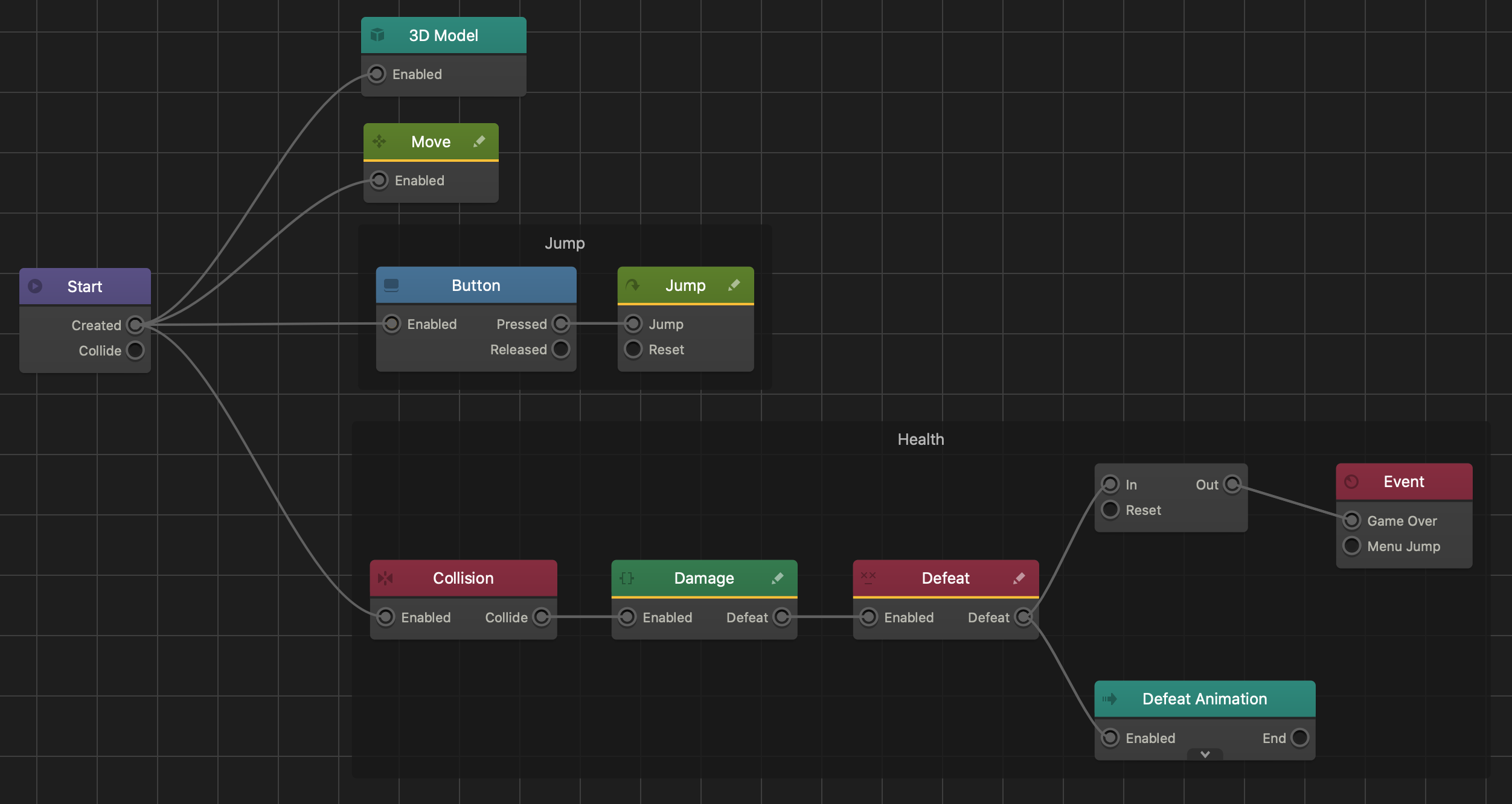 For details on accessing the Node Map and adding nodes to it, see Node Map Workspace.

Click any of the sections below to see the Brainboxes in their respective categories. To preview them, hover your mouse over the image. It also lists the nodes that determine their functionality.