This Brainbox  allows the asset to move forward on a continuous path toward the End Point.

While the asset is moving along the path, the player can tap or click the screen to make the asset jump.

To define the path of the asset, use the Move tool in the Scene Editor and adjust the Start and End Points as desired.

After you add this Brainbox to an asset, set the Physics to Dynamic in the Start section of the Options panel and specify the Speed and Jump Force in the Path Move section.

After you add this Brainbox to an asset, a Keyboard Button and Path Move node is added to the Node Map. 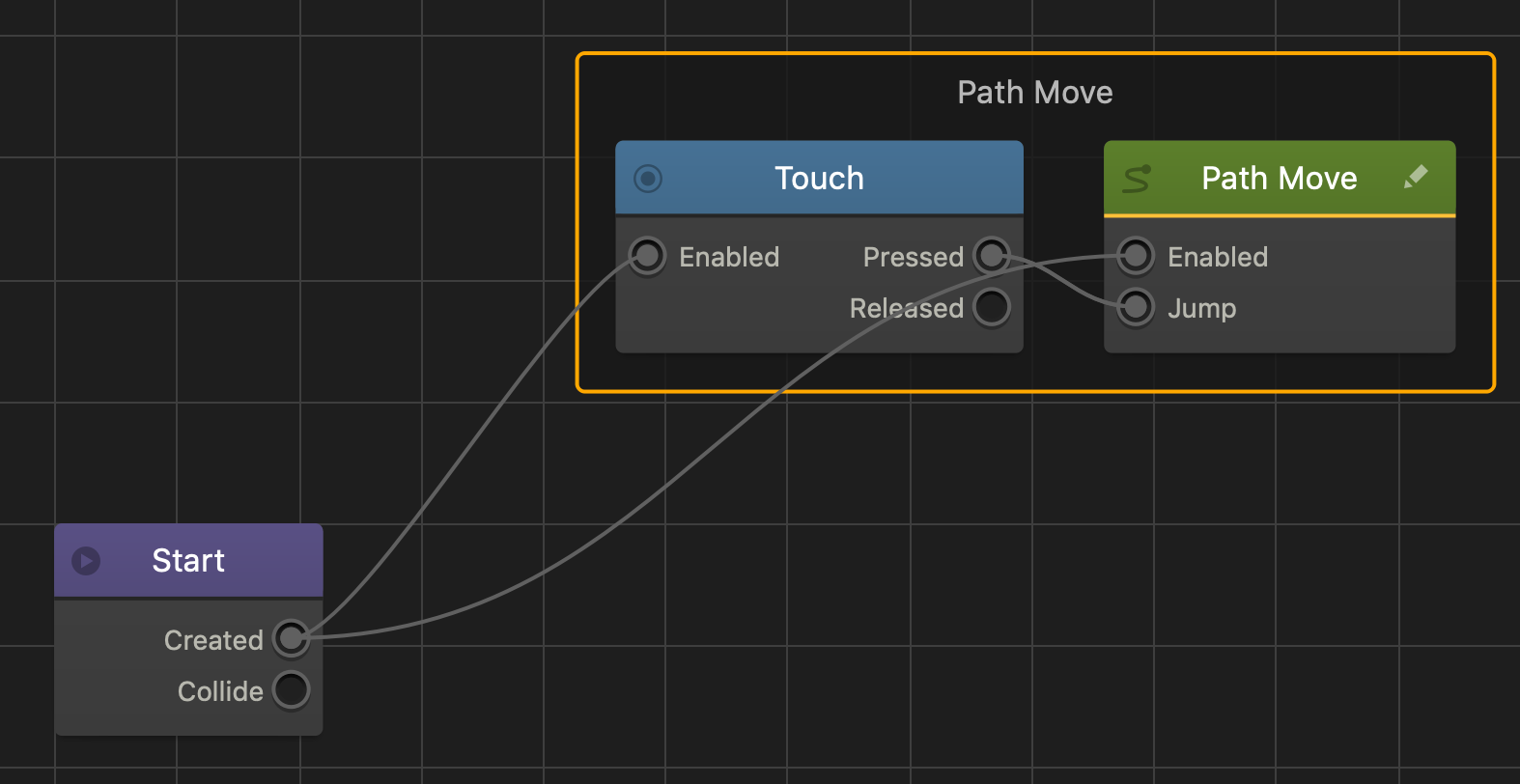