The Mind Map is the very first screen you see when you open a game project or a template.

As its name suggests, the Mind Map allows you to map and organize the flow of your game. It is a graphical representation of the game with visual connections between its nodes, such as UI screens and 3D Worlds, indicating their relationships.

You may also watch the Mind Map video.

The Mind Map screen consists of the following parts: 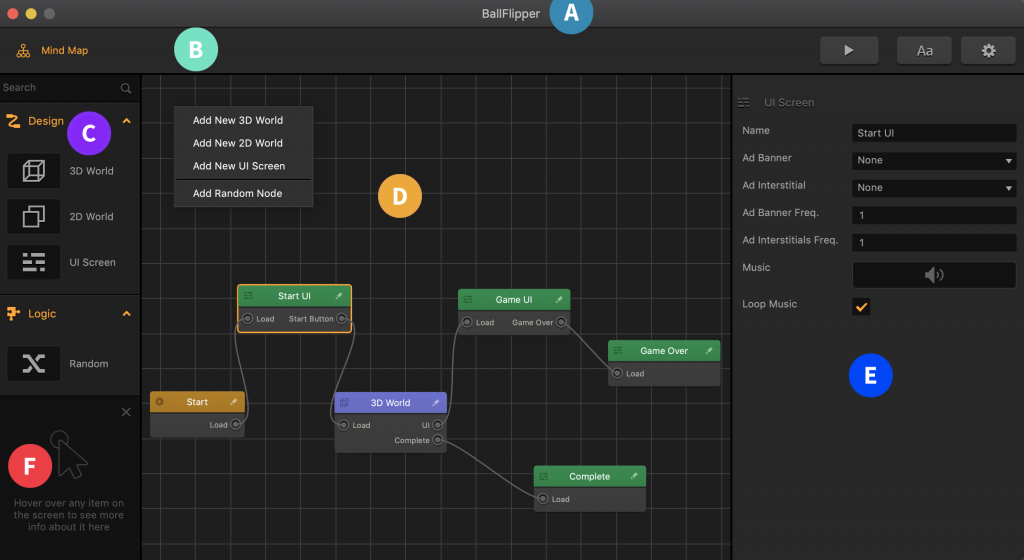 For details on individual parts and how to work with the Mind Map UI, such as zooming or dragging the grid, see General Workspace Overview.

At the very least, any game in Buildbox must have two nodes:

Optionally, you can also add and use the following types of nodes:

To add more nodes to your game on the Mind Map, do one of the following:

To edit the node attributes on the Mind Map, select the node and update the values in the Options panel on the right.

To go inside a node to edit it:

The corresponding node Editor is displayed, where you can make the necessary modifications.

To delete a node, select the node and press Delete on the keyboard.

After adding or deleting nodes, make sure the game flow is properly connected.