Whether they are used on the Mind Map or Node Map, all nodes in Buildbox have the same overall layout. 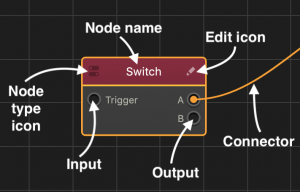 Some nodes are customizable, which is indicated by the Edit icon in the top-right corner.

Node connections are made between node outputs and outputs. Here’s what you need to know about them: 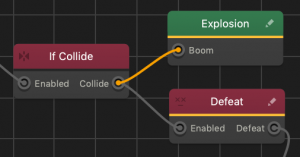 For example, to see how the If Collide and Defeat nodes are used, see Health, Damage, and Defeat.