This movement Brainbox allows the player to drag a finger or mouse across the screen to move the asset.

After you add this Brainbox to an asset, you need to specify the Sensitivity.

After you add this Brainbox to an asset, the Touch Move node is added to the Node Map of the asset with the Speed values you’ve specified. 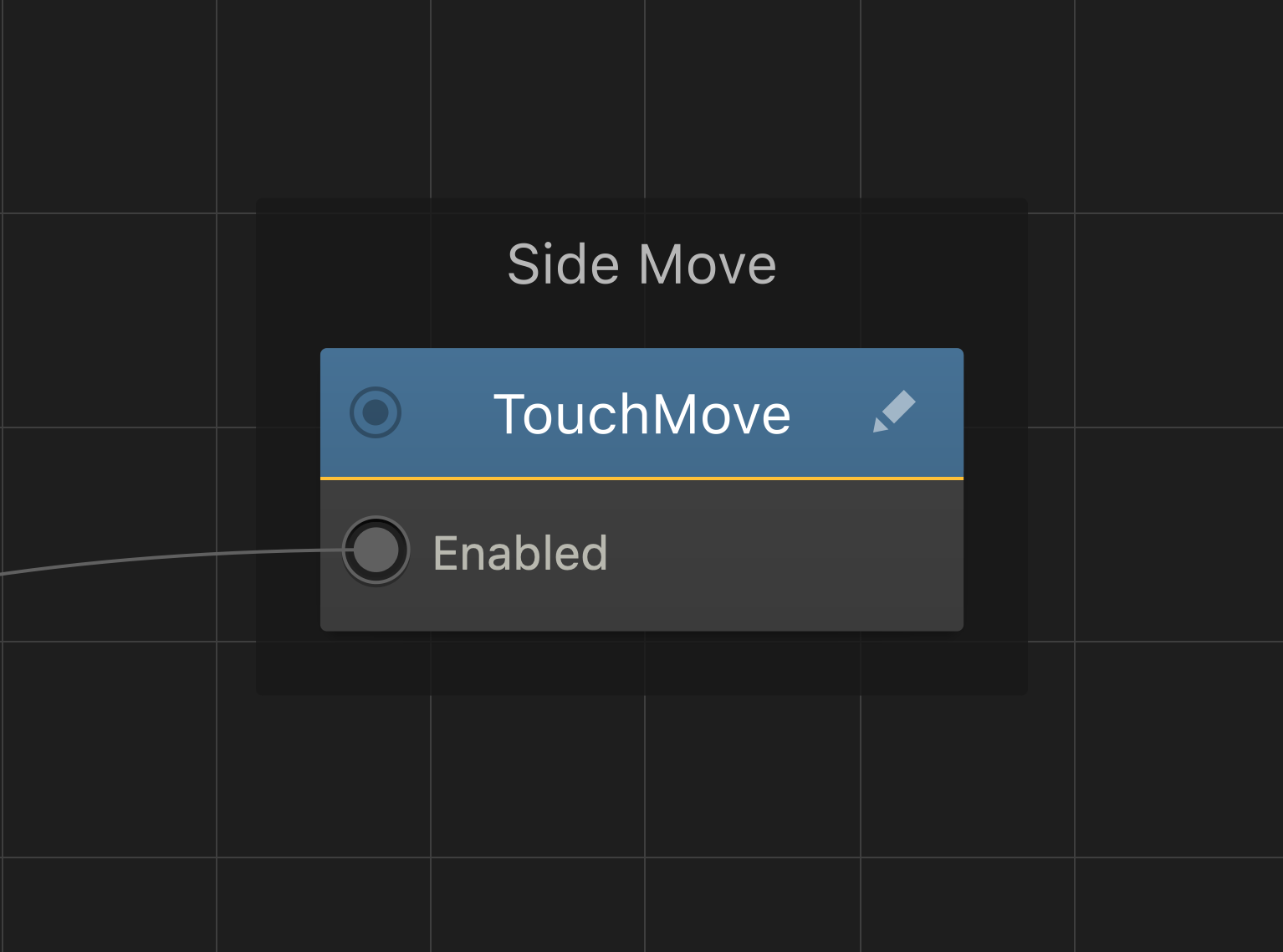