This Advanced Platformer Brainbox provides the asset with a set of 3D animations that play depending on player actions and a set of movement restrictions which include how high the asset can jump.

Before you add this Brainbox to an asset, check the asset Node Map for additional Sub Scenes.

After you add this Brainbox to an asset, you need to specify the skeleton and animations you want to play by doing the following: 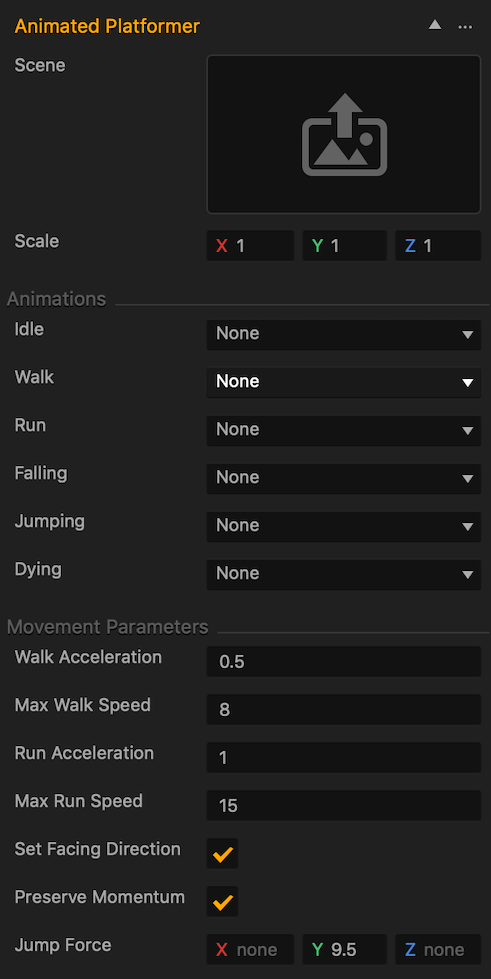 After you add this Brainbox to an asset, several custom nodes appear in the node map along with several Keyframe Animation nodes and a Sub Scene node. 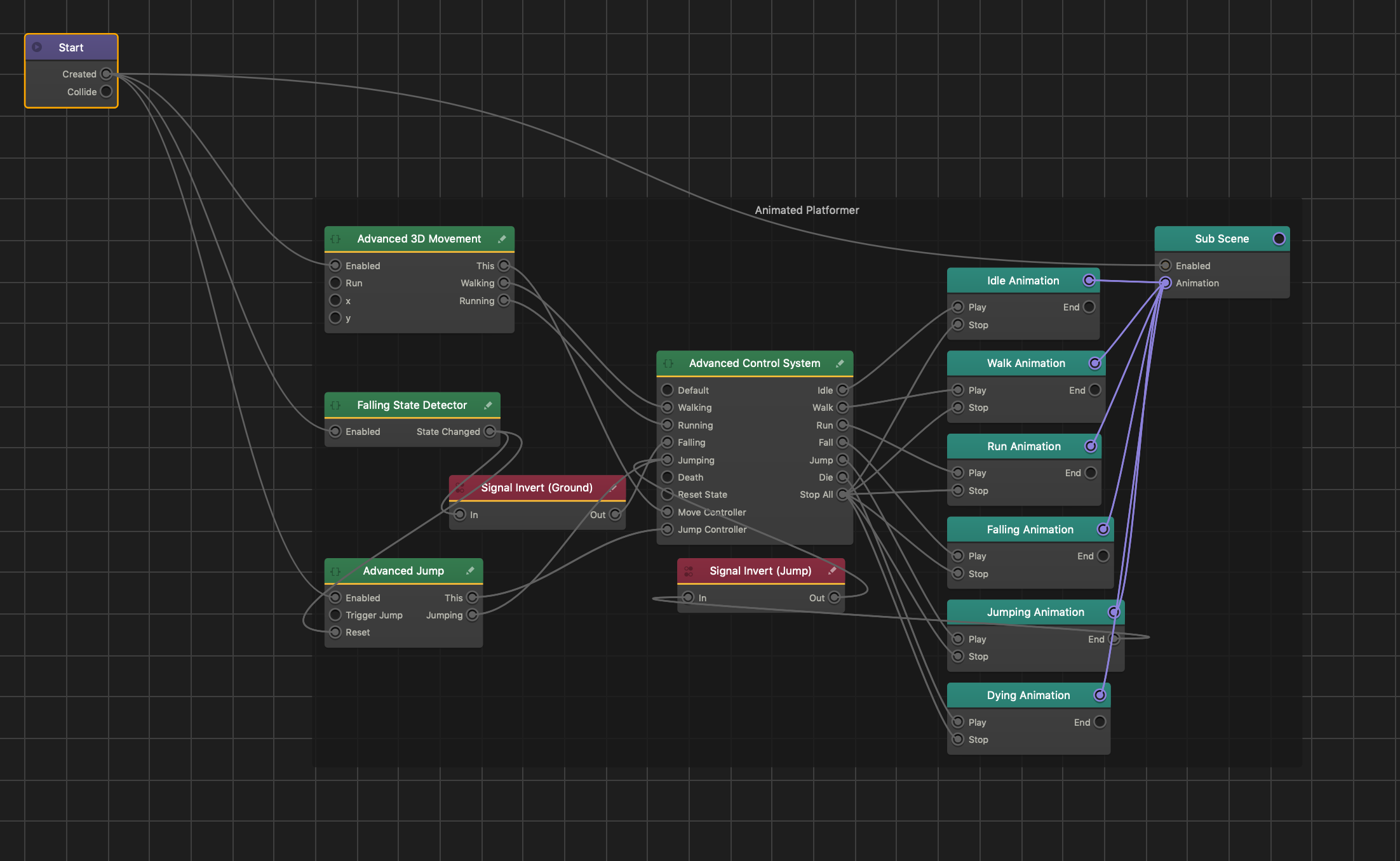