This physics Brainbox allows the player to make the asset move and jump with their keyboard. Also provides the asset with animations that play when the asset moves and jumps. 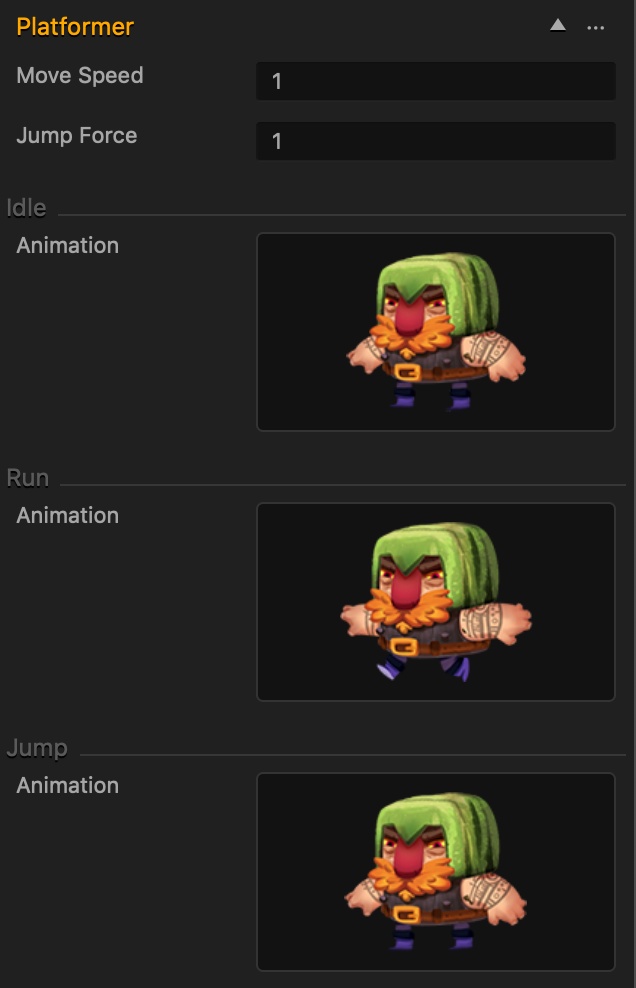 After you add this Brainbox to an asset, an If Collide node (Collision), three Keyboard Button nodes, three Animation nodes, and a custom State Machine node appear as a group in the assets node panel. 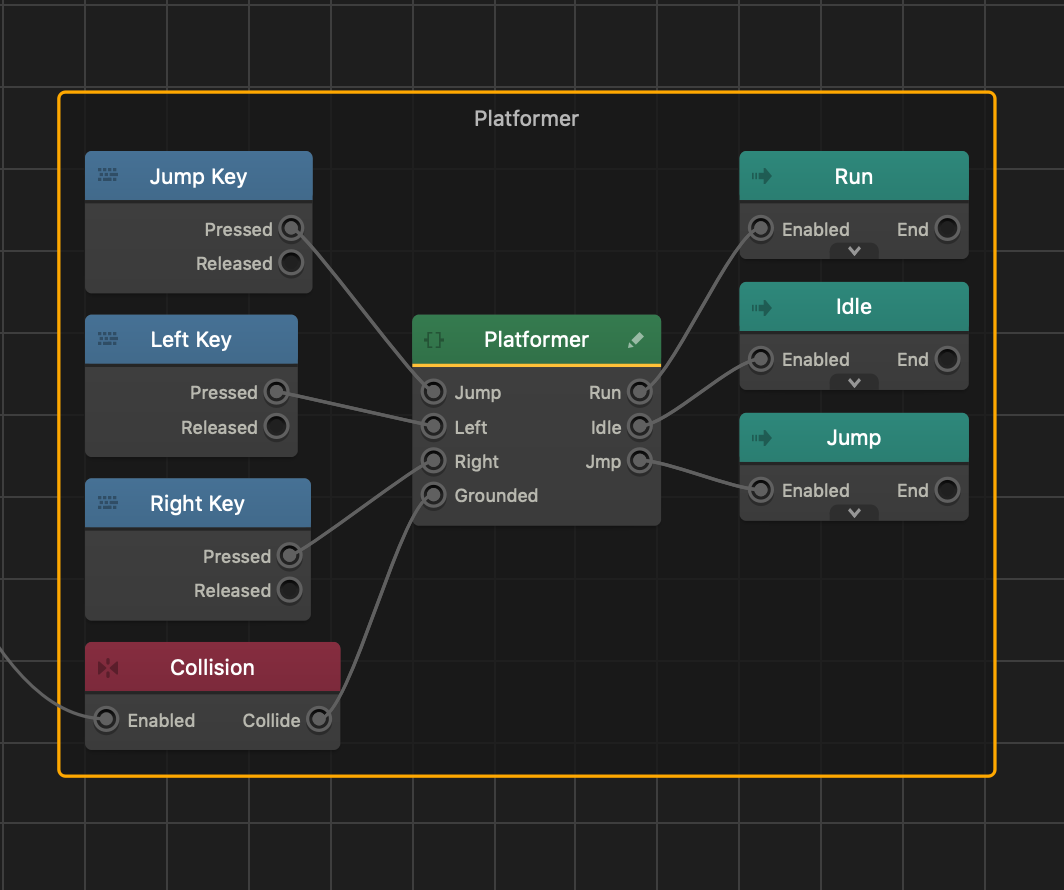