This movement Brainbox makes an asset move in the direction and speed specified by the Speed attribute.

After you add this Brainbox to an asset, you need to specify the Speed and direction in which the asset should move.

The table below shows sample values in the X, Y, and Z axis with their speed and direction.

After you add this Brainbox to an asset, the Move node is added to the Node Map of the asset with the Speed values you’ve specified. 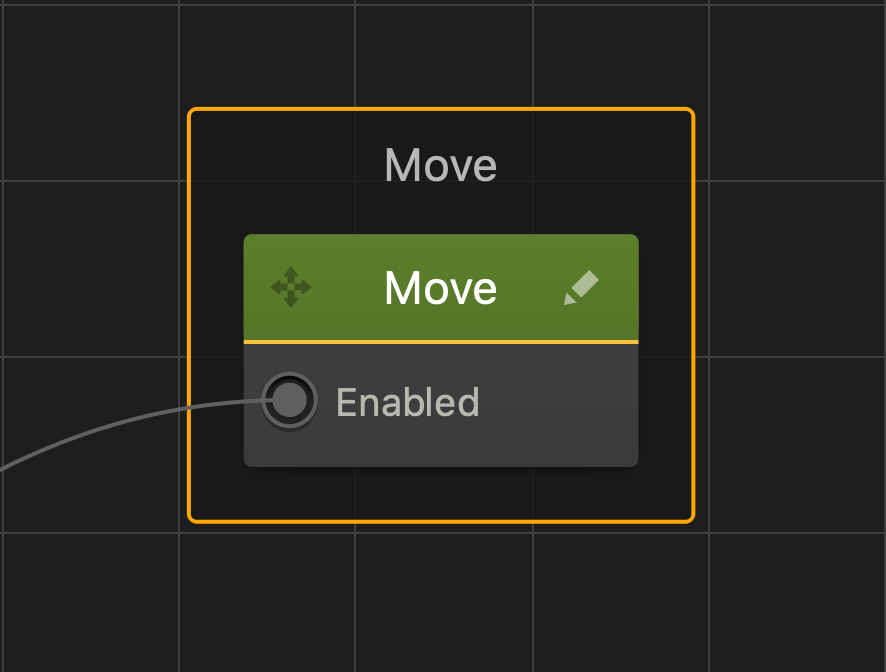