This movement Brainbox makes an asset move and change direction when the user taps or clicks the screen. 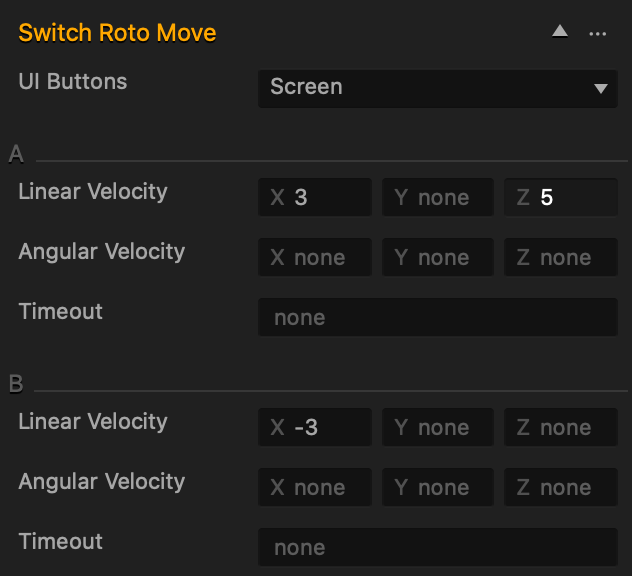 There are two sections in the attributes: A and B.

After you add this Brainbox to an asset, a group of nodes is added to the Node Map of the asset containing a UI Button, Switch, and custom Advanced Move nodes.