This advanced platformer Brainbox allows the player to move an Animated Platformer asset with the W, A, S, D and arrow keys on their keyboard.

To move the asset across the scene in a given direction, the player needs to press and hold the following keys:

This Brainbox contains two additional controls that allow the player to make the asset:

After you add this Brainbox to an asset, a custom Keyboard Controller node appears in the node map along with three Keyboard Button nodes. 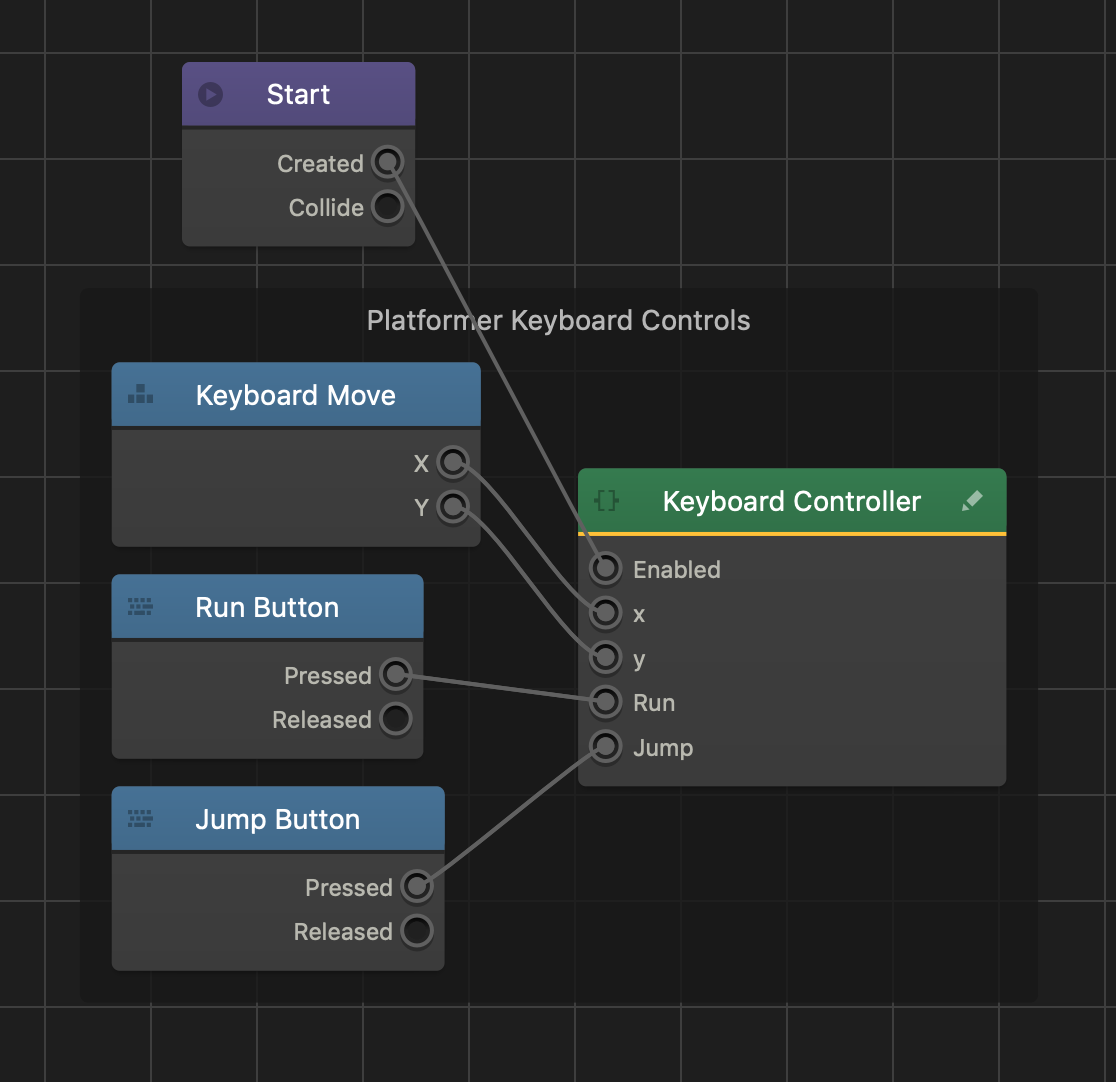