By Simon Platt, Head of Development at Kwalee

As any developer will tell you, no two games are ever developed using the exact same process — and hyper casual is certainly no exception.

However, when you’ve developed and published as many hyper casual hits as we have here at Kwalee, there are certain best practices that emerge and stand you in good stead for every new project.

These are the guiding principles that have served us well through the development of all our games, from Go Fish! to Shootout 3D, and we hope that the Buildbox community can learn from them for the hyper casual game jam and beyond!

As players of hyper casual games will know, it’s an incredibly fast-moving space. Games and trends come and go, so it’s crucial to get your game idea prototyped quickly. Play it on a mobile device as soon as possible and only move ahead with development if there’s something fun about it.

If not, you should be totally willing to scrap it and move on to the next great idea! This is why the ability to come up with a variety of game concepts, rather than getting stuck on just one, is such an important skill when it comes to hyper casual development.

Following on from the above point, your priority should always be how the game feels to play. This means that you shouldn’t get caught up on polish and heavy art until you know the game feels perfect. 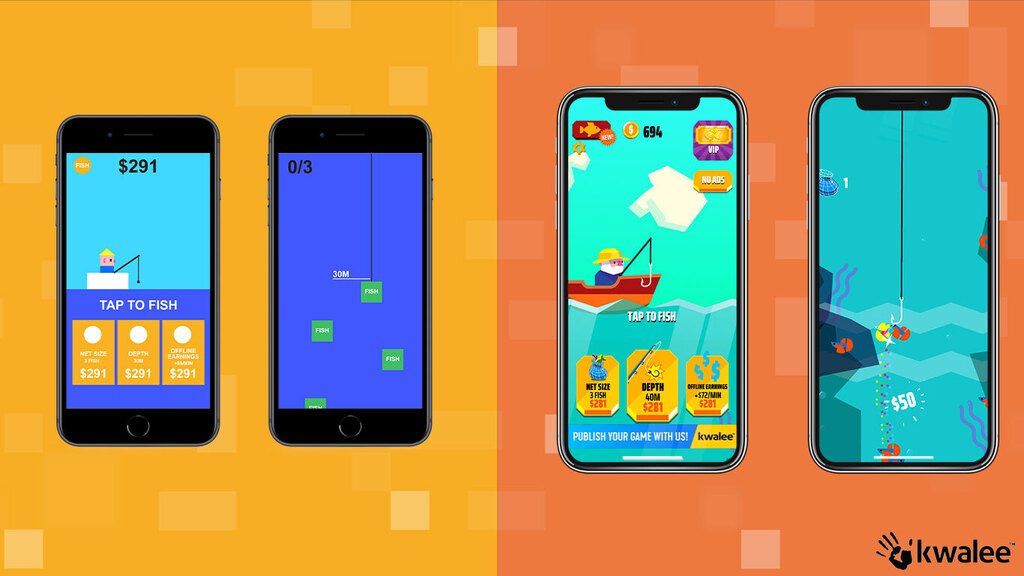 For instance, our game Go Fish! was a rendered line picking up squares for half of its development. Only once we had the timings down and the flow feeling smooth and satisfying did we have the confidence to start making fish assets.

While some games you see in the charts may be exceptions to this, we find that the most successful hyper casual games tend to innovate in some way.

Of course it is crucial to play lots of chart-topping games for inspiration and to see what’s working in the market, which is something we spend a lot of time doing too, but straight clones are rarely the way to replicate that success.

Our aim is always to create something that’s not been seen before, which in its simplest form can involve little more than twisting or combining existing mechanics. Look at the games that inspire you and drill deeper to understand what it is that makes them so compelling. There will almost certainly be ways to integrate the essence of this in an experience that still feels exciting and unique for players.

4. Polish Where It Most Improves the UX

As already touched upon, hyper casual games are all about quick development and getting your ideas to market as soon as possible.

This means that when it comes to applying polish to the game, barring of course significant bug fixes and other more fundamental challenges, most of your attention should go to those changes that will most improve the user experience.

Our best example of this comes from Drop & Smash, a game in which players drop various items from atop a tower to destroy objects below. That idea alone was relatively simple to execute, but it was our focus on VFX and camera movement that made it the game it is today. 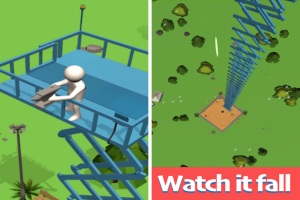 As a result, Drop & Smash is all about the flow of the drop and the intricacies of the camera movement. The camera pans down smoothly to provide a sense of height and then it tracks the dropped object without any sharp jolts to ensure the whole flow has a sense of increased gravitational pull over time.

We then stop the camera before impact, allowing you to take in the whole flow of the object getting smashed with maximum impact and without it feeling jarring. These specifics are what makes the game stand out and are an example of what might initially be deemed non-essential additions becoming absolutely crucial in creating the optimal player experience.

5. A Strong Sense of Progression

While you don’t need to worry about a metagame or the kinds of depth required of games that rely on longer-term player retention, you also don’t want your game to be too throwaway.

The player needs to have justification to come back and play more, at least in the short term, be it through level progression, environmental changes or satisfying and desirable upgrades.

For instance, in our game Jetpack Jump, players have the ability to progress through new locations around the world and to unlock upgrades that help them jump further. There should always be something new and enticing on the horizon that players will want to reach next.

At Kwalee, as well as making games, we are always looking for great hyper casual mobile games from developers like you to publish. We can’t wait to see what you create during the game jam! Who knows, maybe your game will be worthy of a publishing deal, amongst the other prizes on offer?

Simon Platt manages all internal game development at Kwalee. He has managed and designed many of Kwalee’s global hits, including Draw It, Shootout 3D and Jetpack Jump. Prior to working at Kwalee, he held roles at Codemasters and spent time as a professional wrestler, which has definitely helped him to amp up a busy team of developers!