What a Publisher Looks for in Hyper Casual Games

By Simon Prytherch, Head of Publishing at Kwalee

If you’re already making games in Buildbox, you may already be dreaming of reaching a massive global audience with your creations.

You should be too, because it’s well within your grasp! Buildbox is a great tool we regularly recommend to those who want to create brilliant hyper casual mobile games, so if you’re already using it you’re on the right track – especially if you’re taking part in the latest Buildbox game jam!

However, once you’ve created a great game, what are the next steps required to make it a global hit? This is a common sticking point for many game developers, even those with solid track records and previous successes, but working with a publisher can be a powerful route to achieving your goals.

We at Kwalee have worked with external developers to publish multiple mobile game hits, including Rocket Sky! and most recently OverTake, and we’re always accepting submissions of new games to publish. But what exactly are we looking for, and how can you make your Buildbox creation really grab our attention? Read on for some of our top tips. 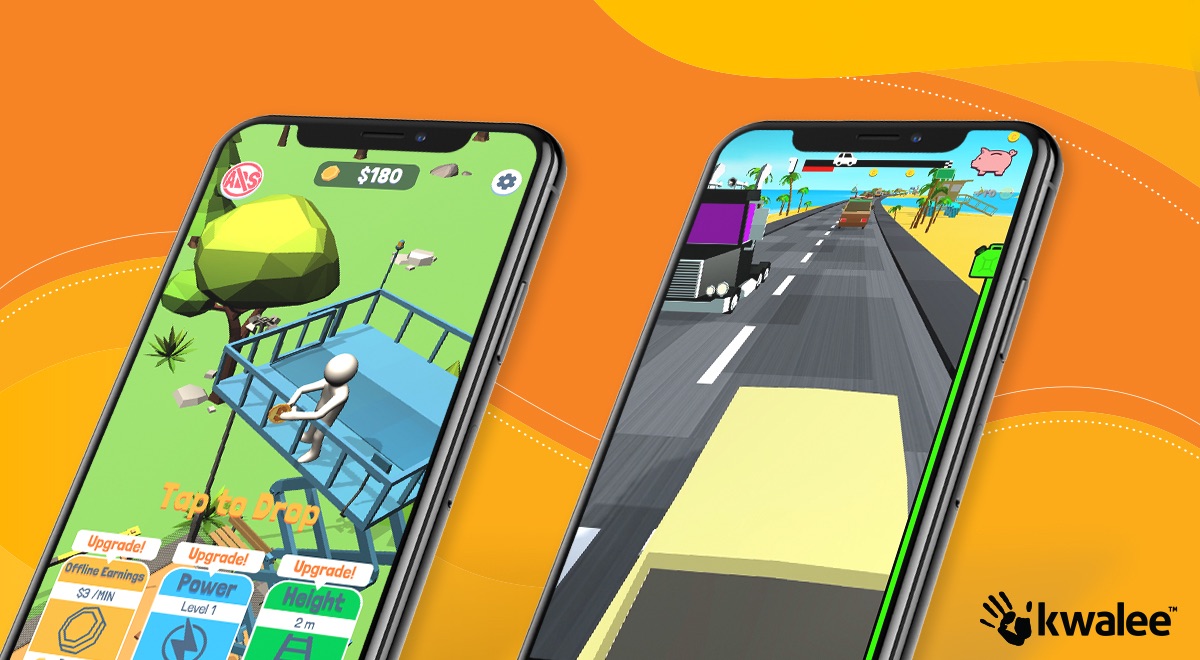 If you play hyper casual games – and you should play a lot, as you’ll learn more from this than anything else – you’ll see that video ads are absolutely central to how these games are marketed.

Gameplay should have an immediate visual impact; check out our own Drop & Smash for a game that embeds a real visual payoff into its gameplay.

So while playable prototypes are of course great, we also like to see how your game looks in video form. Produce a video, around 10-15 seconds long, that highlights the essential hook of your game. If that’s not long enough to sum up the experience for players, then consider simplifying your concept!

The video should be in 1080×1080 square resolution, and for editing we recommend a great free tool called HitFilm Express. If you’d like to see our comprehensive guide to using the software for hyper casual game videos, then please get in touch!

#2 Use Art That Appeals to Everyone

You might love a dark and gritty sci-fi art style, or retro pixel art, but that doesn’t mean your audience will! Again, make sure you check out some existing hyper casual hits to see some styles that are typically working – a pastel colour scheme works well, in our experience.

Much like the previous point, this relates to advertising your game. If lots of people don’t like the art style of your game, then fewer of them will want to install it which will drive your CPI (Cost Per Install) up and lower your chance of chart-topping success.

This doesn’t mean you can’t have great art, or that everything has to be hyper-simplistic like cubes, but keep things simple and make sure your art excludes as few people as possible.

Buildbox has some great asset packs and templates to play around with, so take advantage of this too.

Remember that hyper casual is a fast-moving space – that’s what makes Buildbox so well-suited to it, with the pace of development that it enables. As such, an ideal prototype for us is one that includes at least 15 minutes of gameplay, which should equate to around 20 levels.

Don’t spend more than a few weeks developing it, and don’t worry about implementing in-app purchases and ads yourself. This will allow us to assess the game, into which we will then be happy to help you introduce monetisation if we decide to work together!

Hyper casual is about making games that fit with the habits and lifestyles of most people, rather than forcing them to adapt. For instance, since most people interact with their phones in portrait orientation and with just one thumb, you should aim for your games to be playable in the same fashion.

Most people aren’t avid gamers either, so make sure the difficulty curve isn’t too steep. Consider getting a friend or family member who doesn’t play games regularly to test a few levels – if they fail the first one, or get particularly stuck or frustrated early on, then a gentler difficulty curve might be needed.

These are some of the best bits of general advice that we can give to Buildbox developers interested in working with a hyper casual publisher like Kwalee, but we always encourage developers to cast aside doubt and show us their games regardless!

You might not think your game exactly matches our criteria and yet we may still see some potential in it, so it’s always worth reaching out via our site.

Happy developing, and we hope to check out your future hyper casual hits soon be it in the game jam or beyond!

Simon Prytherch brings over 30 years of industry experience to his Head of Publishing role at Kwalee, with previous positions including 7 years at Codemasters, where he headed up key titles such as LMA Manager. Simon has also been CEO of Lightning Fish Games, Chromativity and Fluid Games, ahead of a recent Software Development Manager role at Amazon. Simon’s focus at Kwalee is to replicate the chart-topping success of third-party titles such as Rocket Sky! multiple times over, and build an industry leading publishing team. Find out more at: kwalee.com/publish-with-us