Romania-based two-man studio TapMen Games was founded by twin brothers, Radu and Vlad Popa. Their passion for both art and graphic design has led them to create some fantastic hit indie games. Using their eye for design, they’ve managed to not only make stunning games but successful ones too. Whether it’s a 2D pixel space shooter or a 3D arcade puzzler, their games definitely stand out from the rest. Titles like Dash n’ Blast, Orbit Strike, and Skate Fever have all been either ranked in the Top 100 in various countries around the globe or featured in the App Stores.

This brother duo is slowly conquering the App Store with one incredible game after the next, and they’re using Buildbox to do it. Splitting the responsibilities of design, development, and marketing equally, they’ve already released eight games made with our software since 2018. Their game, Dash n’ Blast created with Buildbox 3 was featured 243 times in the App Store.

We were honored to have the opportunity to chat with Radu Popa from TapMen Games about art, game design, going 3D with Buildbox, Dash n’ Blast, and the secret to making good indie games.

Buildbox.com: Can you share a little bit about your background and how you got started making games?

Radu Popa: Being twin brothers, we not only look similar, but we share quite a lot of interests, especially anything to do with graphics. We both have the same artistic abilities and talent for drawing and painting, which we’ve done since we were small children. We’re also big fans of the French comics and admire the great artist Jean Giraud aka Moebius. He created “Silver Surfer: Parable” with the legend Stan Lee, but his western Blueberry is one of our favorites. Other BDs (bandes dessinées / comics) that we’re fans of are “Valérian et Laureline” which is a major inspiration for Star Wars, “Tintin,” “Asterix,” “Undertaker” and the lovely girls of the Italian master, Milo Manara. Comics inspired us to start drawing and writing our own BD stories, especially westerns. 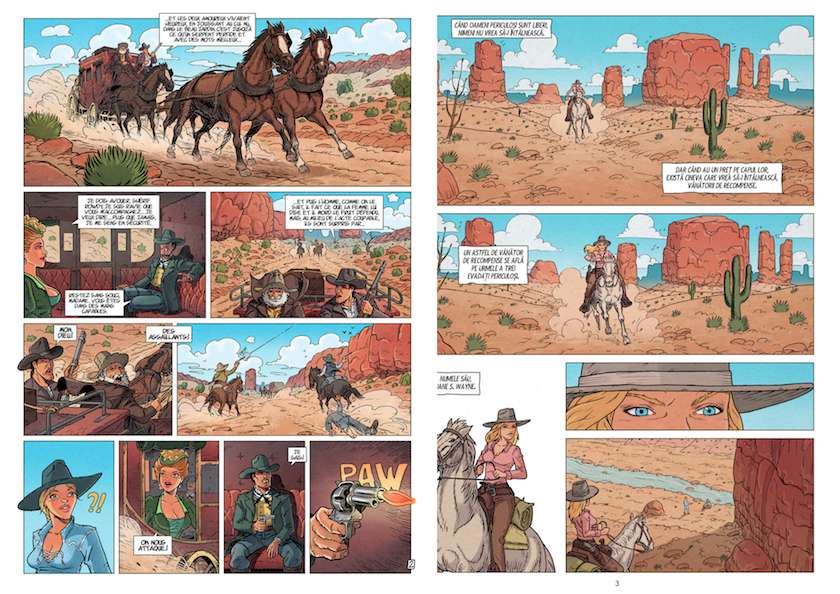 Then one of us had a job interview for a game designer position. This company had recently made a game in Buildbox. Although the job wasn’t something to be considered, during the meeting, we found out about this engine called Buildbox that can make games with no coding and the journey began. We never imagine we would ever be making games before Buildbox.

Buildbox.com: Wow, your journey into game development and starting TapMen Games sounds like it was meant to be. In the beginning, what was the first mobile game that you created and what was the biggest challenge?

Radu Popa: While searching for more information about Buildbox, we stumbled across the game, The Pit. It really caught our eye, and we decided to do something similar but also very different. The result was Skate Fever, our first game. Making Skate Fever was challenging. We wanted it to look and feel like a polished game. A lot of work and free time was put into it since we could only work on it during the weekends and after-hours. With Skate Fever and all of our games, finding time is the biggest challenge. I hope someday we’ll be doing this full-time. 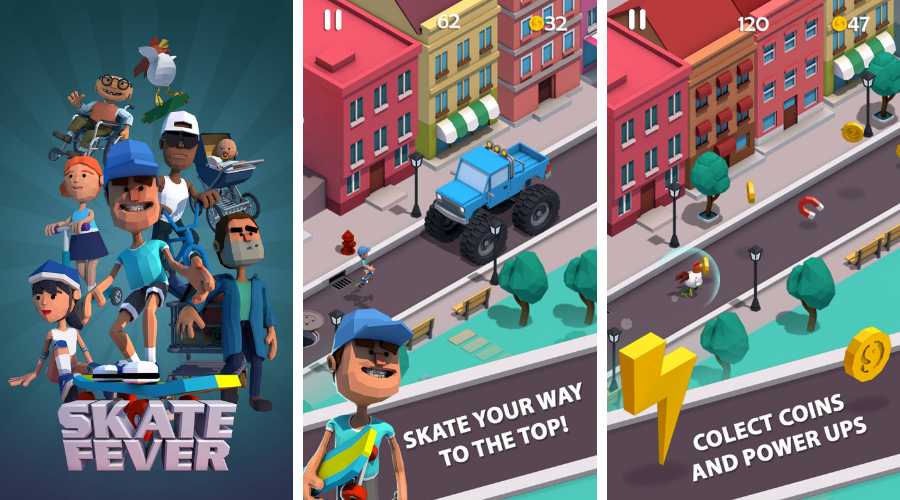 It took half a year to finish our first game, Skate Fever. The Pit and of course, runners like Subway Surfer were our main source of inspiration. Skateboarding is something neither of us practices. It just felt like a good choice for the game since we didn’t want our character to run on foot. The game’s uniqueness comes from its characters and all the unmotorized wheels they’re riding.

Buildbox.com: The graphics in all of your games look amazing. When it comes to graphic design and creating game art what are your favorite tools to use?

Radu Popa: We mostly use Photoshop for 2D and Cinema 4D for 3D games. Other tools that we often use include After Effects, Blender, Photopea.com, and Audacity.

Buildbox.com: Those are some great tools. How has using Buildbox helped you with the game development process overall?

Radu Popa: Buildbox is the only game engine we’ve ever used. We have almost no coding knowledge, so it was perfect for us. And it seems now with Buildbox 3; we don’t really have to know any code to make the type of games we want.

Buildbox.com: How has your experience been so far using Buildbox 3? What feature do you find the most useful when your designing your games?

Radu Popa: It had its ups and downs since we are not entirely familiarized with it yet and have very limited coding knowledge. But many of the same things are possible without code as well, and it looks like it will only get easier as we continue. The best feature, without a doubt, is that extra dimension to make your games 3D.

Buildbox.com: Dash n’ Blast is a fun and extremely addicting 3D arcade puzzler. How did you come up with the concept?

Radu Popa: We had made a 2D game a while ago called Dash Away with Buildbox. So, when we were checking the App Store for new games to inspire us, Color Bump 3D was leading the charts, it was just a 3D version of Color Bump. Then it hit us, let’s make a 3D version of Dash Away, but make more appealing and fun. The destruction of the obstacles was added to give the player a sense of satisfaction.

Buildbox.com: In your opinion, what are the main characteristics of a good indie game?

Radu Popa: Good indie games always have heart. They are not made for a big profit. You always can feel the work put into those games.

Buildbox.com: So, true. What’s one piece of advice that you think every game dev should follow for success in the app business?

Radu Popa: Have fun. Remember, success is also the satisfaction of getting your game done and released. Don’t give up and stay as original as you can be. Borrow concepts but don’t steal.

Buildbox.com: Any upcoming games to be on the lookout for? What can we expect to see from TapMen Games in the near future?

Buildbox.com: RotaMaze looks like fun. Looking forward to playing it and your upcoming slingshot game as well. Thanks so much for taking the time to chat and sharing your journey with us.