If you’re a solo developer, marketing your indie game is vital. Thousands of new apps being released every single day, so getting the word out about your game early on and often is the only way to gain visibility and downloads. As soon as you have something to show, you should start promoting your indie game. Developing a marketing strategy is the key to app success.

So, today we’ll be covering the first five necessary steps that every game developer should follow to start marketing their mobile game like a PRO.

How To Promote A Game App

Marketing your indie game is all about getting visual and showing players why they should be playing your app. So, things like your app icon, screenshots, and game trailer are important to nail in the beginning. These images and videos can be used during both your game’s pre and post-launch marketing strategy to spark interest. They also play a role in your App Store listing and optimization which helps with rank and discoverability too.

An excellent game design technique to follow when you’re designing your app icon and screenshots is to study the top trending games similar to yours to see what they’re doing and do it better. Look for patterns, color themes, and pay attention to the style formats. Take notes and use them as a springboard for your design concept. Your app icon should be attractive and in line with your game’s theme as well. Always try to use vivid colors. The goal is to keep it simple but eye-catching.

Screenshots are another critical visual that you have to get right when marketing your indie game. Try to create at least four to five high-quality screenshots for your app. Each screenshot should give people an idea of what your app is about while also highlighting its best features. To do this, take some time to play and review your game. Then think about what makes it great, or it’s ‘Wow Factor.’ Does your game have amazing graphics or a unique gameplay twist? Are there tons of cool characters to unlock or fun badges and awards at stake? If so, try to capture it in your screenshots. You can also add captions to your images to emphasize the most refreshing features or use split screens like Brawl Stars. Other excellent examples of screenshot use are games like Trixel Rocket, Blue Edge, and Tricky Shot! 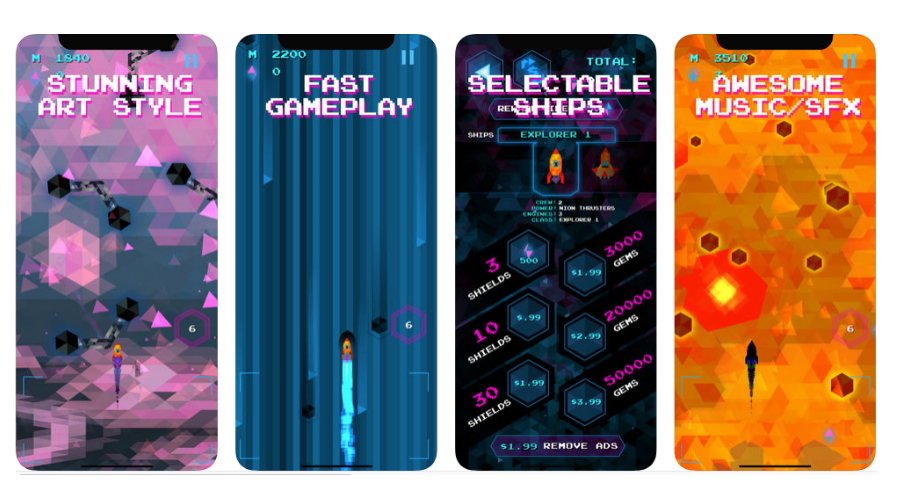 Every indie game marketing strategy also needs a killer gameplay trailer. Videos are great visual tools to use to help promote your game. They can be added to your app store listing and posted on social media platforms like YouTube, Twitter, Facebook, and more for additional exposure. It can also be used to entice game reviewers and journalists during your press outreach too.

A killer game trailer must immediately be able to catch someone’s attention long enough to excite and entertain while explaining your game. You only have the first few seconds of any video to capture the viewer’s interest, so you have to make those seconds count. Avoid having a lengthy intro or displaying start screens within the first few seconds of your video, instead focus on drawing attention to your gameplay and highlighting what’s fantastic about your game. Get your viewers excited! An excellent example of a killer game trailer to check out is AppSir Game’s Dere Evil Exe.

Try to keep your trailer length no longer than 90 seconds. You can create your game’s trailer using software like iMovie or Quicktime, or Lightworks. Use what works best for you. And if your video editing skills aren’t up to par, hiring an outsourcer to create your trailer is also an option.

Quick Tip: An easy way to capture key moments in your game is to record lots of footage first and then edit it down to a minute or so.

The second step to marketing your indie game is establishing a launch page. Landing pages are a great way to promote your game app. They provide you with a home base to connect with fans and even press. With some effort, you can create an entire community centered around your game all via your website.

A good landing page should highlight your game, provide visitors with additional info and links and of course, capture their emails via launch update or a mailing list option. You can also create multiple sites like a game dev blog and a website for your indie studio to help market your game too. It’s entirely up to you, but at the minimum you’ll need a landing page.

Creating your landing page in the early stages of development is best if you want to build up a following pre-release. There are dozens of different ways you can go about building your landing page. Popular platforms like WordPress, Blogger, Unbounce, Leadpages or Instapage are all excellent options for site creation. Choose what works for you.

We recommend, purchasing a domain name also. You can buy one for $10 to $35 on hosting sites like GoDaddy. Just be sure to make your landing page’s domain name the same as your app name or indie studio for marketing and branding.

As you progress in development, start adding your app icon, gameplay trailer, and screenshots to the page. And a message announcing that your game is coming soon with a call-to-action button to sign up for updates. It’s a great way to connect with potential fans and directly promote your game. Upon release, you can send an email blast to everyone who signed up to let them know your game is available, host contests, share tips, and other fun stuff. Also, try to feature a contact form or email for players and game reviewers to reach you.

Step 3: Pull Together A Press-Kit

The third step is to have a press-kit ready. If you’re marketing your indie game, you’ll need one. They’re a convenient way to give bloggers, reviewers, and journalist access to all your app and studio info and media like screenshots and videos at once. You can also add your press-kit link on your landing page and even in your emails for further reach.

Your press kit should include:

Step 4: Use Your Game Dev Blog To Promote

Notch, the creator of Minecraft, used both this and the next step to sell practically a million copies of his hit game before it was officially released. The first step is creating a game dev blog to document your game development journey. Gamers love glimpses behind the scenes. Game dev blogs give people an opportunity to follow your progress as you build out your game from concept to completion. Blog about your game idea, weekly progress, share images and videos of your work in progress. Notch used Tumblr to document his journey but today more popular sites like WordPress, Medium, and Blogger might be better to use. He also posted a lot of YouTube videos which is also a great way to promote your app.

Quick Tip: For results, start your game dev blog and YouTube channel early on in development and post on a regular basis.

Step 5: Get Active On Forums

Step five and the second thing that Notch did that you can do too for free when marketing your indie game is getting active on forums. Forums are a rich untapped resource for many developers. Not only can you learn a lot from these indie stumping grounds but you can also network and promote your game. If you get active before you start your game’s development and continue to share and connect with other devs and gamers you can establish an entire fanbase around your game before its launch.

Notch used the TIGSource forums to cross-promote his game dev blog and get the word out about his upcoming game. He shared updates and frequently asked for feedback, and it paid off big time. There are a lot of indie game development forums where you can join and connect. TIGSource is a good one. They have a massive game development community and even a DevLog message board. Other sites like our official Buildbox Forum, GameDev.net, TouchArcade, and Reddit are good options also.

By just following these five steps you’ll be marketing your indie game and improving your odds of downloads.