Today we’re going to take a look at some of the best free tools that you can use to record video footage of your Buildbox games. We’ll be rounding up some options for both Mac and PC, along with bonus rounds that will guide you on recording from your iOS device too!

Microsoft Windows has a few options, and we’re going to take a look at three of the easiest to use:

How to enable the Windows 10 Game Bar

First, make sure the Game Bar is actually enabled. It should be turned on by default, but here’s how to find it. 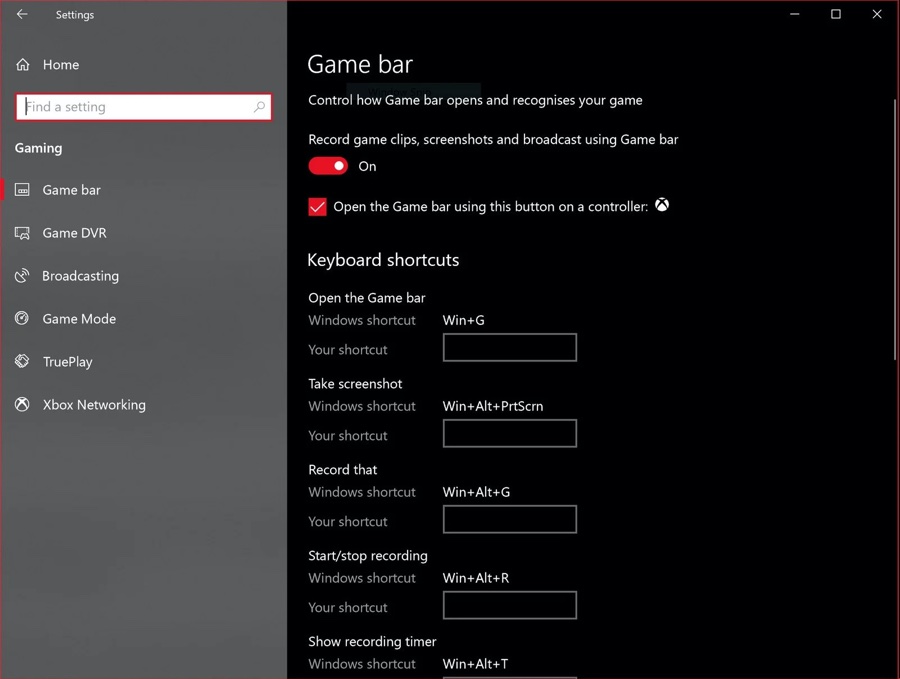 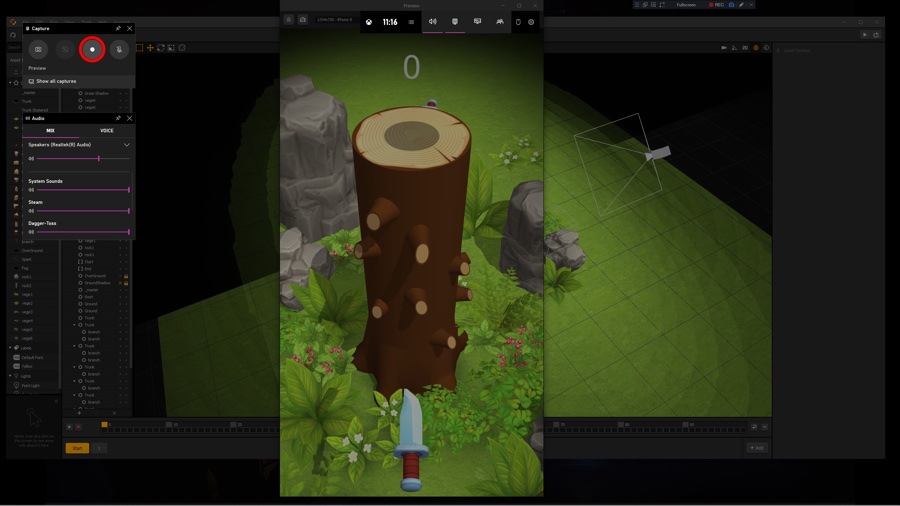 Hit the ‘record’ symbol (circled in red) to begin recording once you’ve opened the Buildbox preview. The saved file can be accessed by clicking on the gallery or wherever you store videos and images on your computer.

Don’t worry about seeing the entire screen, as you can remove this when editing your video (tutorial about that coming soon!).

How to enable Nvidia Overlay

You can control NVIDIA Share (ShadowPlay) from the NVIDIA GeForce Experience overlay. To open the overlay, press Alt+Z. 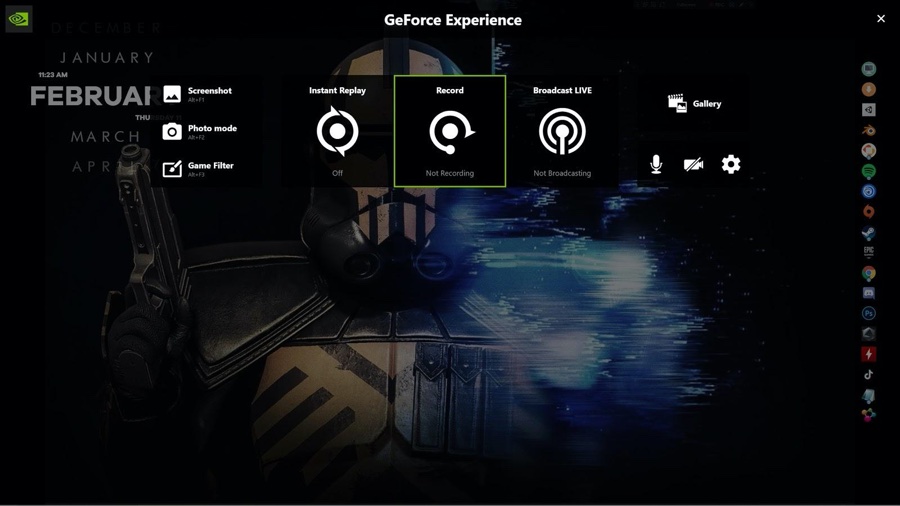 Much like how we use the Game Bar, it’s pretty straightforward to record footage from Buildbox Preview.

The dropdown menu allows you to record, and the overlay will disappear. If it doesn’t, just click the X at the top right. You can also set up your own default keys to activate the overlay and record footage. 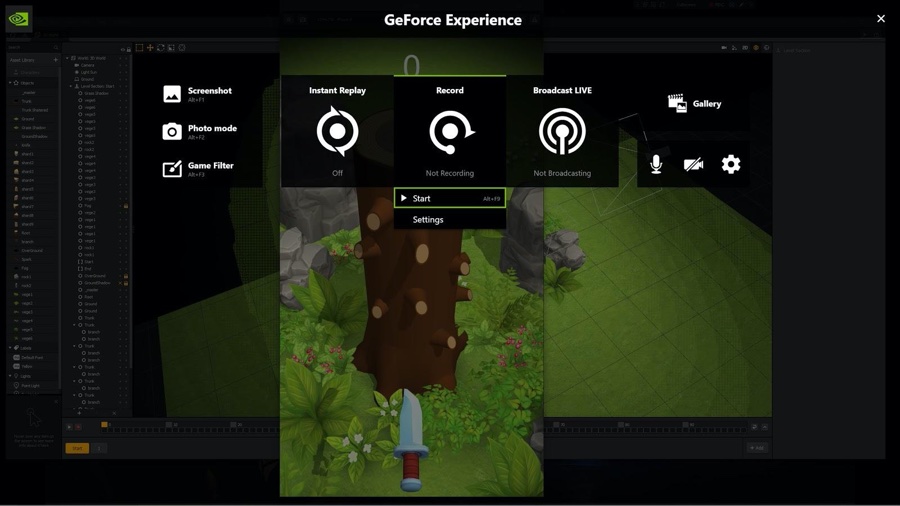 The saved file can be accessed by clicking on the gallery or wherever you store videos and images on your computer.

Again, don’t worry about seeing the entire screen, as you can remove this when editing your video.

Popular streaming software can also be used to record from your screen. OBS and Streamlabs are two of the most popular free platforms, and there’s plenty of guides on YouTube to get you started with these.

On your Mac, here are some of the simple steps to follow.

Use the screenshot toolbar.

Record a selected portion of the screen 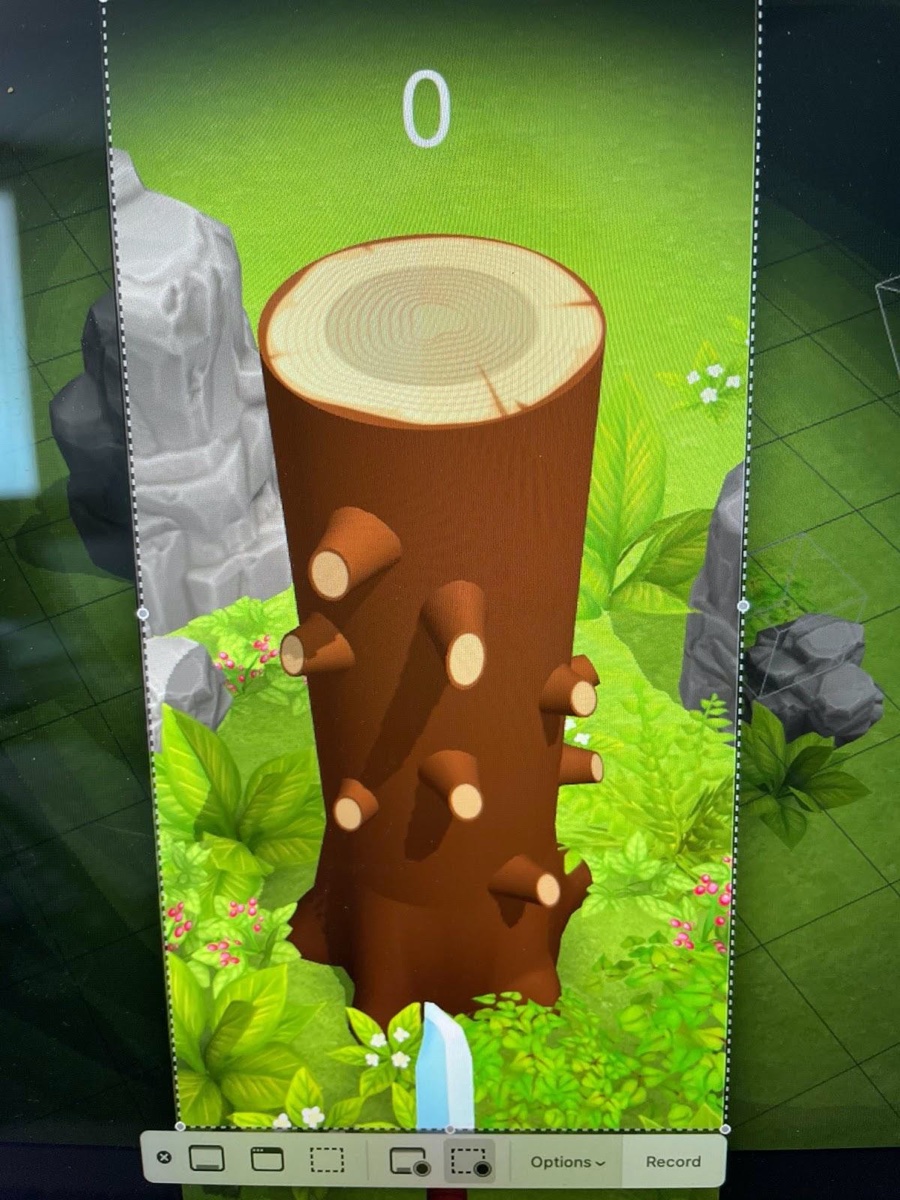 Bonus Round – Recording on iPhone

Here’s an official Apple guide on how to record directly from your iPhone or iPad easily using iOS14.

Bonus Round – Recording on Android

Here’s a great guide running down some options for recording footage from your Android device. If you don’t have access to an Android device, you can download and use an Emulator such as Bluestacks, drag your APK in and play your game right on your PC or Mac. You can then record your gameplay footage using all the methods outlined above!

George has always had a passion for games, having previously worked for the likes of Eidos, EA and Codemasters. He is now part of the Kwalee Publishing team and works closely with Buildbox developers to help prepare their games for success – as well as dabbling in Buildbox development himself. Still gloats about having his name in the ’special thanks’ credits of a very popular Star Wars game!