Panic-demic was one of the many fantastic entries in our recent hyper-casual game jam sponsored by Kwalee. The game was created by a 17-year-old game developer, Catch Fehst, from Vancouver, Canada. Catch was diagnosed at age 13 with PANS, a debilitating condition that impairs the nervous system causing complex tics, among other symptoms. However, despite his circumstances, he’s managed to pursue his dream of making games by using Buildbox as his tool of choice and inspiring others to do the same. He dedicated his recent game jam entry to his mother and all the essential workers on the frontline working during the COVID-19 pandemic.

Although his game jam entry did not win, it was one of the two honorable mentions hand-picked by the team at Kwalee. He was also able to receive some valuable feedback from them on how to make the game even better. With Kwalee as our official publishing partner, now everyone in our community will also have the same opportunity as Catch to gain insight from industry experts on their games.

Currently, Catch is polishing up Panic-demic based on Kwalee’s suggestions and will be releasing it very soon. We had the honor of chatting with him about his upcoming game and overall experience participating in our hyper-casual game jam.

Buildbox.com: What made you enter the Buildbox Game Jam sponsored by Kwalee?

Catch Fehst: I use Buildbox game jams to strengthen my dev skills as an athlete would train to run in a marathon. My goal is to push myself further, but more importantly, cross the finish line, which is an achievement in itself. I started a week late on this one, though, as I was still working on the finishing touches for my winter Buildbox game jam submission. However, my mom brought to my attention that one of my first attempts at making a hyper-casual game is now getting thousands of impressions on the App Store. My family discussed it, and we feel that any new interest must be due to the name “Solitairé Confinement.” Our thinking was it’s because of all the new signage urging us all to practice social distancing. Once the concept clicked, my family jumped at the chance to be seen and possibly offered a publishing deal from Kwalee. This was a prestigious opportunity, to say the least.

Buildbox.com: How did you come up with the concept for you game jam entry Panic-demic? What was your inspiration?

Catch Fehst: Panic-demic is an abstract awareness game designed to simulate the act of social isolation in tandem with our dependency on essential workers to hold the front-lines. Although, first and foremost, my mom was my inspiration. She has always been essential to me due to my neuro challenges while growing up, and she just so happens to work at a grocery store. The fact that the game jam ended on Mother’s Day influenced the look of our game. The design is based upon a jewelry box gift she received for her first Mother’s Day, 20 years ago.

Buildbox.com: How did using Buildbox help you to create your game in such a short amount of time?

Catch Fehst: Buildbox does most of the heavy lifting through its intuitive drag and drop tools and provides commonly-used preset tasks called Brainboxes. This freed up my time to teach myself JavaScript, which I used to customize my gameplay even further. As I am always learning and testing my limits, Buildbox also offers a treasure trove of easy-to-search and understand tutorials. Even though we create our art and sound assets in-house, Buildbox offers high-quality assets as well, which we will definitely use in our future games. I’ve said this before, Buildbox is a complete end-to-end game development solution that is easy to use. All you need is imagination.

Buildbox.com: What advice or tips do you have for anyone interested in participating in the next game jam?

Catch Fehst: Familiarize yourself with Buildbox and utilize any of the many assets they offer to practice on first. Think of a unique core game mechanic that you can build on. Keep it simple and have a repetitive task. Add support mechanics that break up the pattern just enough but also increase the speed as the game progresses. A balance is needed to keep the player’s attention while also keeping them challenged. Keep your ambition in check, so you have time to finish. Time goes by real fast when competing, and I’d rather finish a marathon than not finish at all. And polish polish polish.

Buildbox.com: Panic-Demic won Honorable Mention and you were able to receive some valuable feedback from the team at Kwalee. What was that experience like and how did it help you with your game?

Catch Fehst: I was excited and grateful to learn that we had been given an honorable mention. Jack Griffin, a publishing manager at Kwalee, reached out and offered some very encouraging feedback about what they liked and what could be changed to make it more adaptable to the genre. So we repositioned some heavy strategic components of gameplay, added fun skins you can earn that support the Panic-demic theme, and created a truly hyper-casual version of Panic-demic for players start their initial journey from. We call the skins Dance Party (represents rebellion), Kingdoom (represents insurmountable dread), and Area-51 (represents conspiracy theories). I think in the abstract, and the world is my canvas. ;) 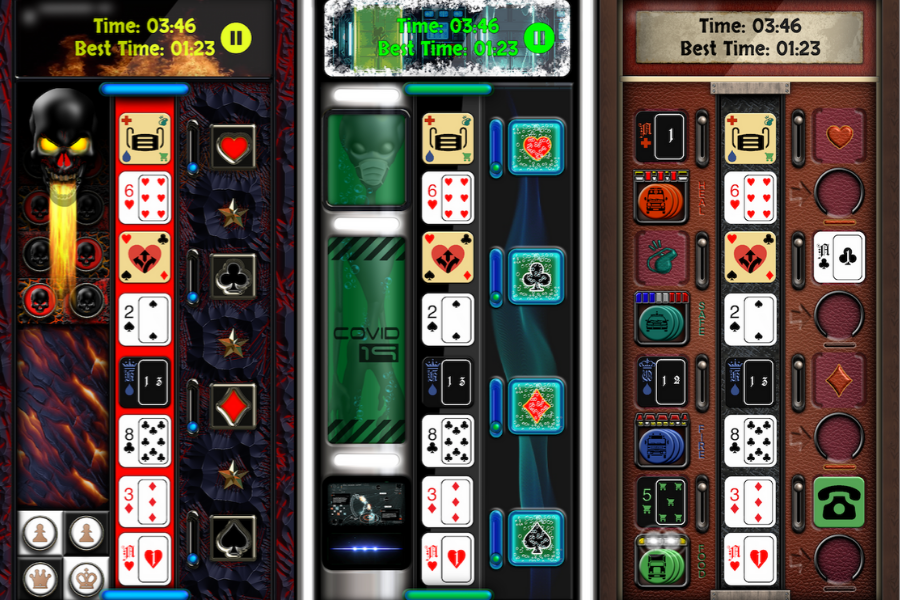 My entire family consists of gamers and artists, so concepts are bounced around all day every day. Creativity is not an issue for us. Buildbox is a helpful game development tool that all creatives should have regardless of skill level. What Buildbox does is effectively remove any unnecessary obstacles from your creative flow. And that’s a real game changer!

Buildbox.com: Any upcoming games to be on the lookout for? What can we expect to see from you in the near future?

Catch Fehst: We have many games that are in development. I was inspired by this recent game jam to revisit one of my first hyper-casual games when I was learning to code in C#. The game is being completely reimagined in Buildbox and renamed “Cyber Crushed.” My cyberpunk-themed Buildbox game jam entry from earlier this year is near completion, and it’s called “Cyberjerk.” No relation. And then there’s still my awareness project called Miner Escape, an abstract representation of neuro disorders. It was put on hold during the pandemic. So I am looking forward to getting that game completed.

You can learn more about Catch Fehst and Reign Publishing on Twitter. And if you’re interested in getting some feedback and a potential publishing deal with Kwalee, you can now directly submit your games to them by clicking on the button below: