“My name is Catch and I am from the Maker Generation. We have no limitations!”

16-year-old Vancouver-based game developer, designer, and VFX artist Catch Fehst has been defying the odds and following his dream of making games, despite being diagnosed with the debilitating Pediatric Acute-onset Neuropsychiatric Syndrome (PANS) since age 13. The condition is caused by an unknown toxic brain infection impairing the autonomic nervous system causing severe seizures, tics, anxiety, and depression, among other symptoms.

According to PANDAS Network, approximately 1 in 200 children in the US develop PANS or PANDAS syndrome between the ages of 3-4. It’s curable, but only if diagnosed in the early stages. Unfortunately, the symptoms mimic Autism, often resulting in a misdiagnosis, which happened in Catch’s case.

But he hasn’t let it stop him from pursuing his game development dreams. This young self-taught game developer and game designer made his first game using Buildbox called American Emoji in Canada, eh! and has continued to learn and experiment with various platforms and tools to master game development.

His strength to conquer adversity, inspired his family to turn their book business, Free Reign Publishing, into a family-run mobile game company. Currently, Catch has half a dozen minimalist style games under his indie dev studio rooster with more on the way. He’s in the process of re-working his upcoming game Miner Escape with Buildbox and AppOnboard.

Catch’s unwavering courage to face PANS head-on and stay positive is truly inspirational. We were honored to have the opportunity to chat with Catch Fehst on PANS and making games to entertain and inspire others who may also be facing their own unique challenges.

Buildbox.com: So, how did you get started in game development?

Catch Fehst: I’ve been a gamer since I was four years old, as were my brothers. My Dad was a gamer since Atari’s Pong, but it wasn’t available until he was 8. That makes him a late bloomer. I am homeschooled, and my parents’ focus is on entrepreneurship as a primary part of my curriculum. They started a company to publish children’s books, but my illness took it in a completely different direction. I was always interested in making games and discovered Buildbox on YouTube. Trey Smith creates videos with the same enthusiasm I have for games, which made me want to learn more. He is very charismatic and a great teacher with a lot of practical experience plus proven success. Nik is fantastic as well as Heath, the original voice of Buildbox. Buildbox is a no-brainer for beginners and someone with my disability. It’s really the best option.

Buildbox.com: Dealing with the everyday challenges of having Pediatric Acute-onset Neuropsychiatric Syndrome (PANS) is difficult. How have making games helped you to cope?

Catch Fehst: Making games is therapeutic in the sense that I disappear into my workflow, and it helps me forget about my illness. My intense focus reduces the amount of motor and verbal tic triggers, making my day more bearable. It’s still there to remind me with a frequent jolt, but that would just happen anyway. Plus it’s a real thrill to reveal my finished product and get reactions. It’s not always good, but critical feedback helps me get better. Game development requires focus, determination, problem-solving skills, creativity, and a lot of patience. All of those skills apply to deal with my affliction. There is actually a potential army of homeschooled PANDAS Warriors like myself out there that could now more easily become game developers. They just need to be made aware that this career is even accessible.

Buildbox.com: What led you to use Buildbox and how has our software made the process easier?

Catch Fehst: Buildbox is a complete end to end solution for anyone that wants to become a mobile game developer. The included support is exceptional and fills in every gap imaginable. Stripping code out of the equation, while certainly in my case, speeds up the development process. Buildbox is intuitive and just allows creative flow to happen without interruption.

Catch Fehst: AppOnboard will give me the edge I need to stand out and vastly increase the opportunity for downloads. It’s a unique approach that I look forward to using for my next game, Miner Escape. There really is an army of PANDAS Warriors out there; however, due to our disability, I firmly believe this will level the playing field and give us all a chance to compete.

Buildbox.com: I’ve noticed the ‘Minor Escapism’ banner across the pages on your studio’s website. What is it and how does it relate to Miner Escape and all of your other apps?

Catch Fehst: Minor Escapism is my affliction on a plate. Minor Escapism simply means temporary escape from any adversity that is never fully escapable. Miner Escape the game, reinterprets the literal meaning of Minor Escapism and deconstructs PANDAS/PANS syndrome as elements in the game. In the world, you find your inner light to get through dark times and never give up. Even Marv Minor, our reluctant hero, needs to take the occasional break and will play stress releasing minimalistic games. So what we did was create a story that connects all of the games to help make the website more cohesive and relate it all to PANDAS/PANS Syndrome in an abstract way.

Buildbox.com: You have six upcoming games, with Cat Dog Toe and Solitaire Confinement set to release in mid-August, how do you come up with your game ideas and designs?

Catch Fehst: We are a family of five so its not hard pitching ideas to each other and narrow it down based on votes. Cat Dog Toe was our first attempt at creating a differentiating game with simple but fun gameplay for preschoolers. The intent was to use that game as a vehicle to promote PANDAS/PANS awareness.

My dad was inspired by Game of Thrones for Solitairé Confinement. I did some research on traditional playing cards and discovered a rich history going back hundreds of years. I try to maintain a delicate balance with the familiar and an original twist. Trey calls that the model and improve method. Trey’s always in my head.

I’m very excited to drop coding altogether once I finish a game that I’m currently working on. It’s my younger brother’s first game, and he has me committed to completing it. I plan on building my game Miner Escape with Buildbox on a much grander scale.

Buildbox.com: It’s awesome that Free Reign Publishing is a family-run studio. What are the different roles that you and your family members play in the company?

Catch Fehst: As a family, we come up with game ideas and then write up a living game design document for us all to follow. My dad and brothers provide me with artwork, and I build the games. My dad also creates game trailers with music tracks. He set up our website and social media and helps out with really repetitive tasks. My mom makes sure that I can function from morning to night. She is my shadow from the time I wake up to the time I go to sleep. Without her, I would not even be able to discuss this right now and build the games that I have done so far. She truly is an extension of my being. 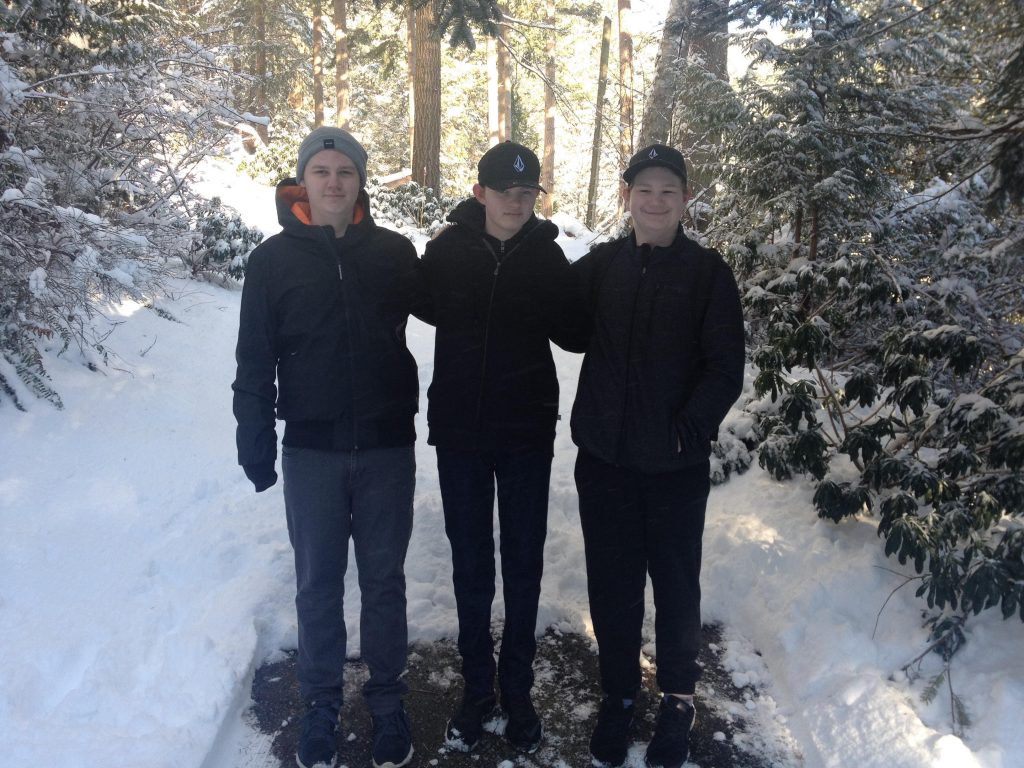 Buildbox.com: That’s incredible! What advice do you have for other aspiring developers who are interested in making games, but not sure how or where to start?

Catch Fehst: That’s easy, start with AppOnboard and end with Buildbox. If you are an indie developer, your only hope to succeed is to rapidly deploy multiple (quality) games and stand out with AppOnboard’s unique play first solution. Buildbox will provide you with all the tools you need, it’s intuitive for building your games, and it just works. The Buildbox team won’t leave you hanging either. They really want you to succeed and provide you with guidance toward every available avenue currently at your disposal. It’s really quite impressive.

You can learn more about Catch Fehst and Free Reign Publishing on their website Minor Escapism. He also has a GoFundMe page accepting donations to give his loving parents a vacation and help him continue spreading PANS awareness.

There’s a non-profit Fundraiser for Pandas Network-Org to Cure Auto Neuropsychiatric Syndrome created by Catch as well. And if you have or know a teen with disabilities that wants to learn about making games, you can check out his Facebook Support Group. He’s quite a remarkable young man, and his story is inspiring for not only other teens with disabilities but for all game developers who are pursuing their dreams and overcoming the challenges that they face.

All of us at Buildbox and AppOnboard wish Catch endless success, and we can’t wait to play his new version of Miner Escape!