We’ve just released the Shipwreck Cove 2D Asset Pack to warm up your winter! This new free set of incredible custom graphics are now available in your existing Buildbox asset library. You don’t need to download anything. Just open up Buildbox and click on the Buildbox asset library to instantly start using them for your own games.

With this cool asset pack, you get everything you need to create a pirate-themed platformer with exploding mines bouncing trampolines and different obstacles to challenge players. There’s a total of 50 unique assets that’ve been added. All of them have a pirate cove theme that can be used to create epic ocean adventure-based games, pirate based platformers, or more. You can even use this asset pack to build a bonus treasure or scavenger hunt zone. As far as game design goes, the only limit is your imagination.

You’ll find an assortment of graphics from beach and cloud backgrounds to pirate skeleton characters, shipwrecked ships, and sunken treasure chests. Plus, all of the little details that make your game’s scene look really polished like boardwalks, palm trees, seashells, and tropical plants. This pack also has mines and an animated trampoline!

Just click on the asset library within the scene editor and scroll down to view all of the assets. The pack has been automatically uploaded to Buildbox 3, and the assets have been added individually into the library. 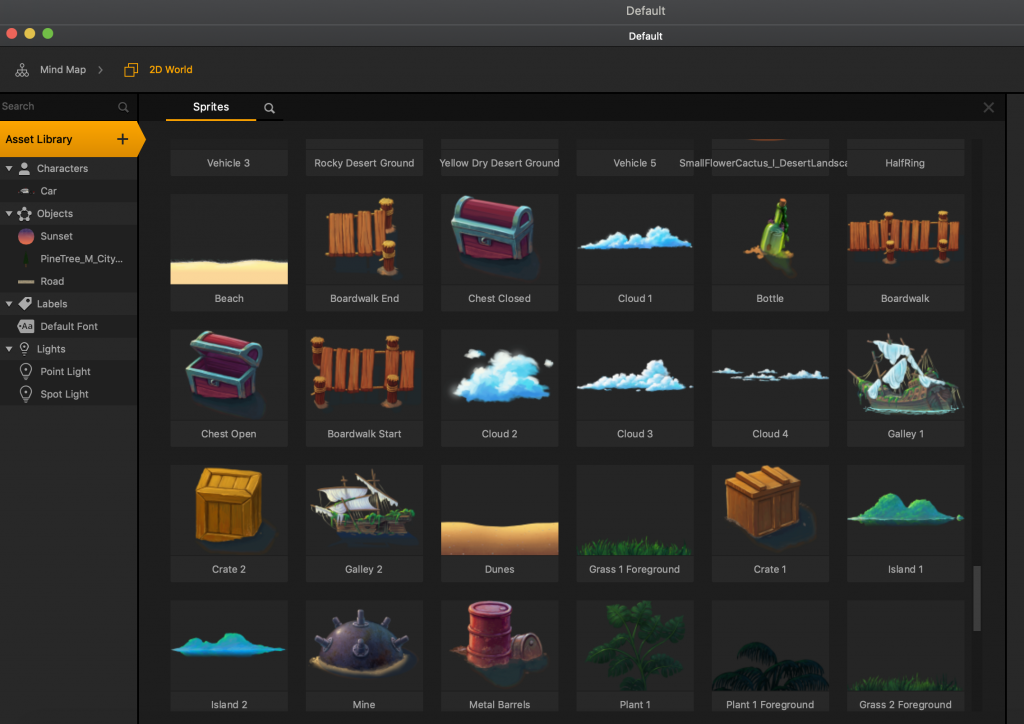 But that’s not all. We’ve created six free audio files for background music and sound effects to go along with this asset pack too. The audio sounds also include an original Shipwreck Cove theme song that you can use as background music in your game. For those ‘fire in the hole’ moments in your game, there’s an ear-splitting explosion effect. There’s footsteps, the sound of a character falling or defeated sound effect, and background noises like the ocean waves crashing on the shoreline and seagulls wailing to transport your players into the world.

This pack is just the first of many new assets you’ll see in Buildbox 3. We’ll be adding more awesome free themed asset packs directly to your asset library very soon!