Exciting Start Into the New Decade

Not only have we entered into 2020, a new year – we’ve also entered into a new decade! So far, it’s been an exciting start for Buildbox and AppOnboard. January was a super busy month for the team, hosting meetup events from San Francisco to London, and wrapping up our month-long cyberpunk-themed game jam. We absolutely love connecting with our growing community of developers, gaining valuable feedback, and inspiring no-code creators.

One of the things that we love about hosting these events is being able to sit down with members of the Buildbox community to learn more about their game development journey. Along with the free drinks and food, we had a lot of great discussions around Buildbox and game development. Everyone shared their story. It was amazing to hear developers talk about how much Buildbox has impacted their lives. Some of them have even been able to transition to making games full-time, doing what they love every single day. We also talked about current projects, development dreams, plus future software features and new trends in the app store. It was a blast. 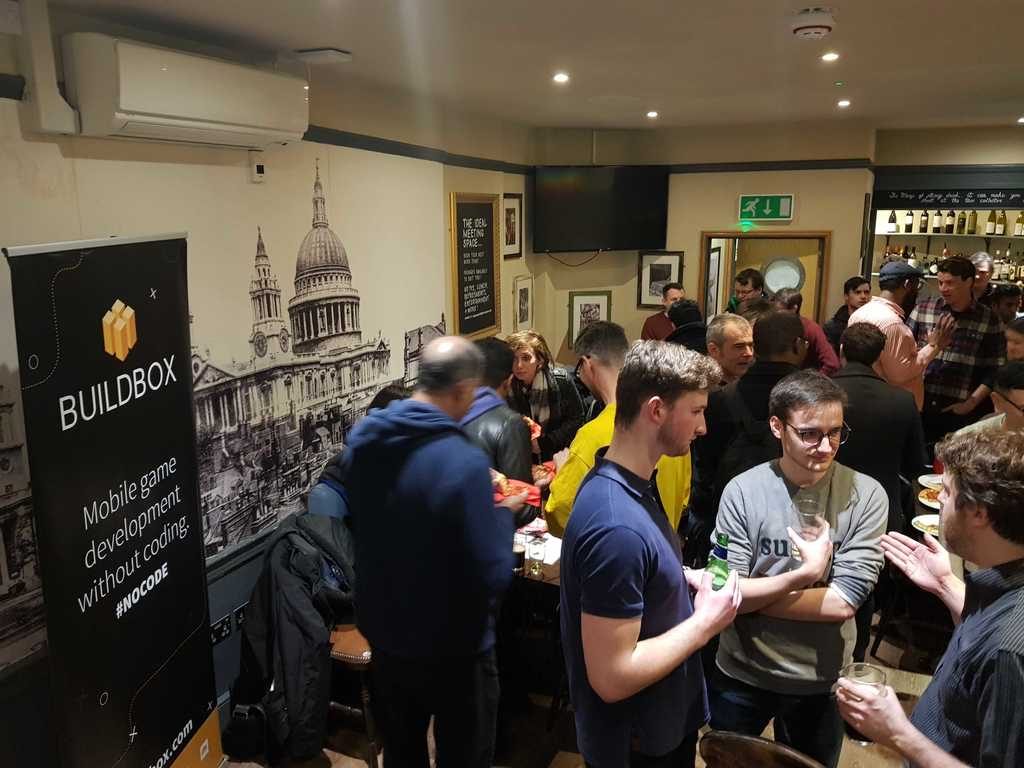 Our Buildbox Meetup in London

However, we didn’t stop there. On January 22nd of the following week, our team held another meetup this time in London at The Flying Horse Pub. Trey, Sean, and Zack were special guests and in town for the Very Big Indie Pitch and Pocket Gamer’s Mobile Games Awards 2020 event. We had a great turnout. Boxers were so excited about this meetup we had people showing up super early, up to 45 minutes before kick-off. The first ten attendees also received a free copy of Trey’s eBook ‘Crushing Hyper Casual Games.’ Boxers shared game ideas, the projects that they’re currently working on, and networked. Some of them even arranged their own meetups, which is fantastic. Fun fact: The most popular drink that night (according to the bar receipt) was Pint of Neckoil from the London-based Brewery Beavertown.

We’re looking forward to having more meetups and encourage others from our community to join in on the fun. Visit our Official Buildbox Global Meetup page and sign up to get notified about upcoming events in your area. 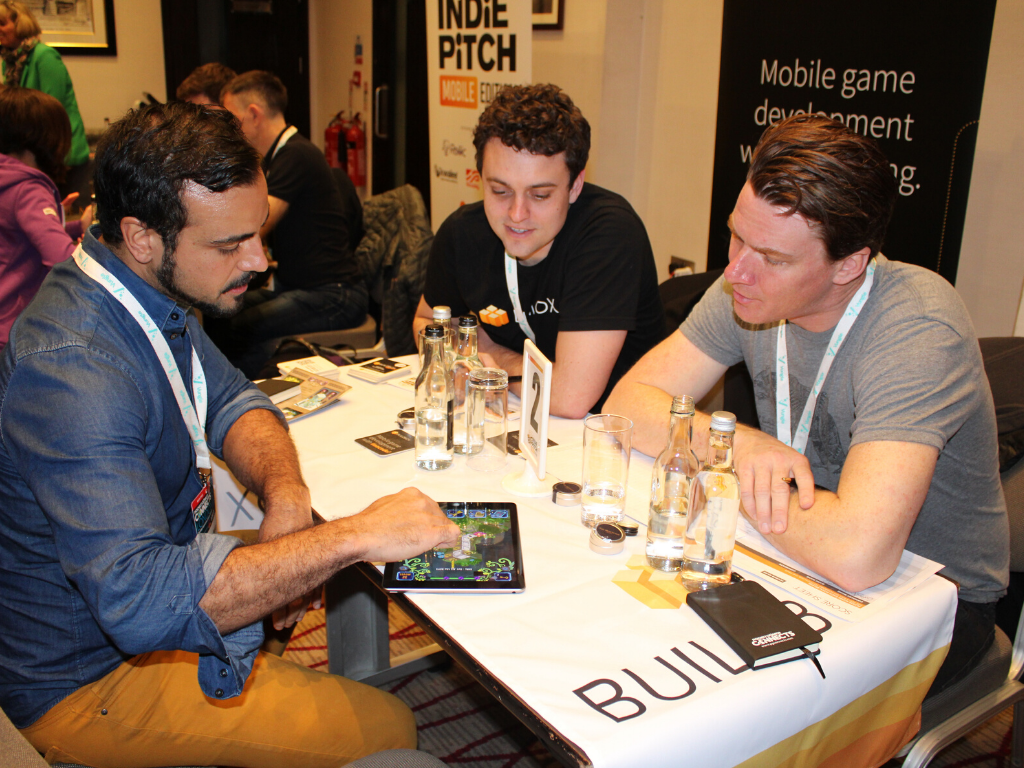 Buildbox was also one of the sponsors at the Very Big Indie Pitch (Mobile Edition) event during the Pocket Gamer Connect conference in London. Our very own Trey Smith and Zack Griset were part of the expert judges panel. At the event, 28 mobile developers engage in a speed-dating style pitch competition in hopes of winning editorial coverage in Pocket Gamer, AppSpy, and other Steel Media sites. Only four minutes were allowed for each pitch.

For those unfamiliar with the conference, the Pocket Gamer Connects London is one of the UK’s leading B2B games events with over 2,460 delegates from 65 countries. This year it was assembled at The Brewery. Staff from both teams were in London during the event. It was an exciting week for us. Along with the Very Big Indie Pitch (Mobile Edition) and 2020 PGC conference, we were also finalists at the Pocket Gamer Mobile Games Awards. 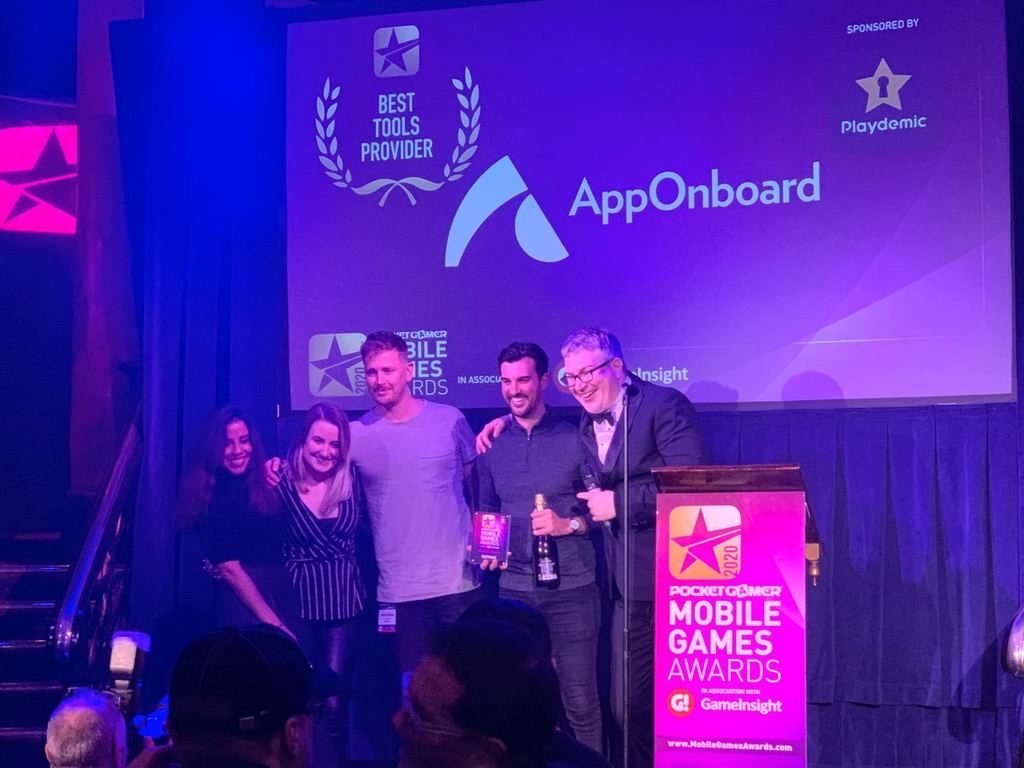 Buildbox was nominated for ‘Best Innovation’ next to Apple Arcade and Lab Cave Ad Mediation Analytic Platform. It was also nominated as ‘Best Game Engine’ alongside great competitors like Unreal Engine and Unity. Just to be recognized was a huge honor for our team and a big win. AppOnboard (our sister-software) was selected for Best Tools Provider. During the award ceremony held in the famous London theatre club, Cafe de Paris, our team was thrilled when they announced AppOnboard as the ‘Best Tools Provider’ winner. Sean Parmenter from our AppOnboard team gave a phenomenal speech.

For the first time, we were official sponsors of the Global Game Jam (GGJ) 2020. The jam started on Friday, January 31st, and ended Sunday, February 2nd. During the event, our team hosted four different sites spread across the globe from England to New York. This worldwide game jam is held each year to inspire devs by challenging them to try new platforms and push themselves to make a game in three days.

Many of the participants were intrigued by our software and signed up to try it out for free. The students at the college found Buildbox to be the perfect tool to use for a game jam due to its speed and ease of use. We couldn’t agree more. There were even lots of students interested in pursuing future careers at Buildbox. We’re so proud to have been able to be one of the sponsors and are looking forward to doing it again. 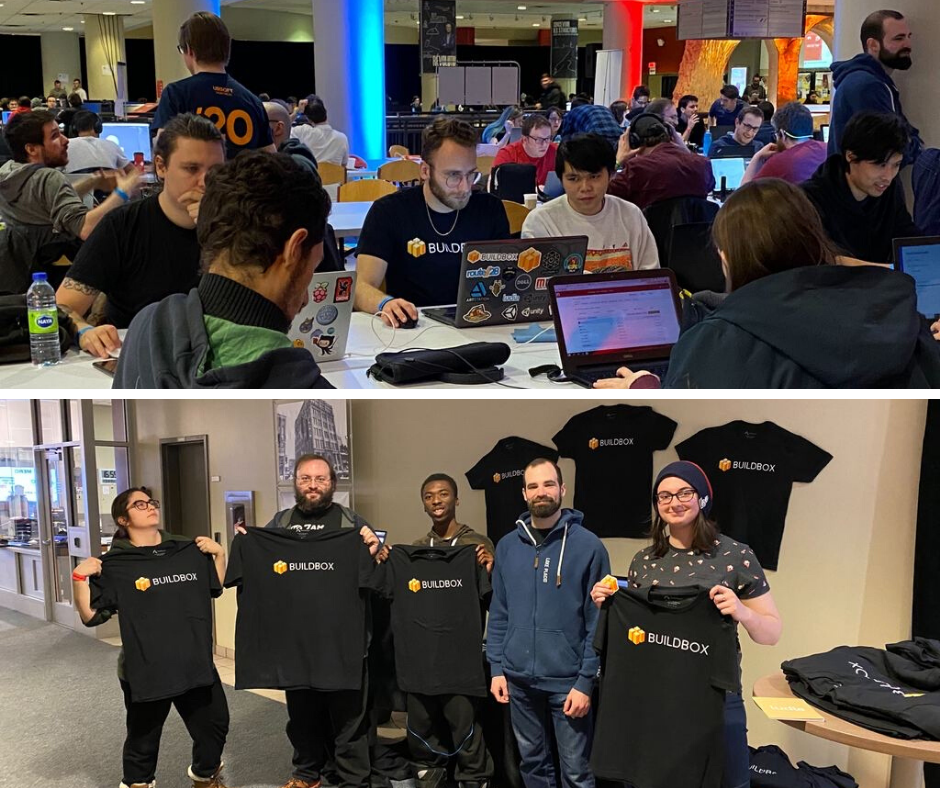 Global Game Jam (at just one of our four site locations)

It’s been an exciting start into the new decade, and it’s just the beginning. Currently, we’re in the middle of another game jam thanks to our sponsor Rogue Games. Plus, GDC is just around the corner. So, stay tuned for more updates!