For the first time, Buildbox was an official sponsor of Global Game Jam (GGJ) 2020. It was an incredible experience for the entire team, and we can’t wait to do it again. During the event, we hosted four separate sites located in Bristol (England), New York (US), Seattle (US), and Montreal (Canada).

If you’ve never heard of the Global Game Jam (GGJ) before, it’s a three-day worldwide game jam event held once a year to inspire game making. Last year 113 different countries participated around the world at this non-profit and volunteer-run event, creating 9,010 games in a single weekend. However, it’s not a competition, but a challenge. The Global Game Jam is a hackathon for developers or those in the making to learn, collaborate, and have fun creating games. Participants are encouraged to experiment with new platforms and tools, switch roles in development, and test their skills by making a game all within 48 hours.

Jammers must sign up and report to one of the physical locations hosting the jam. This year there were 934 different jam sites and 114 countries participating. The game jam theme was ‘repair,’ and at the GGJ keynote, a video was shown of objects in various states of repair, including buildings, pots, and even relationships being broken and put back together again. The jam started on Friday, January 31st, and ended Sunday, February 2nd. 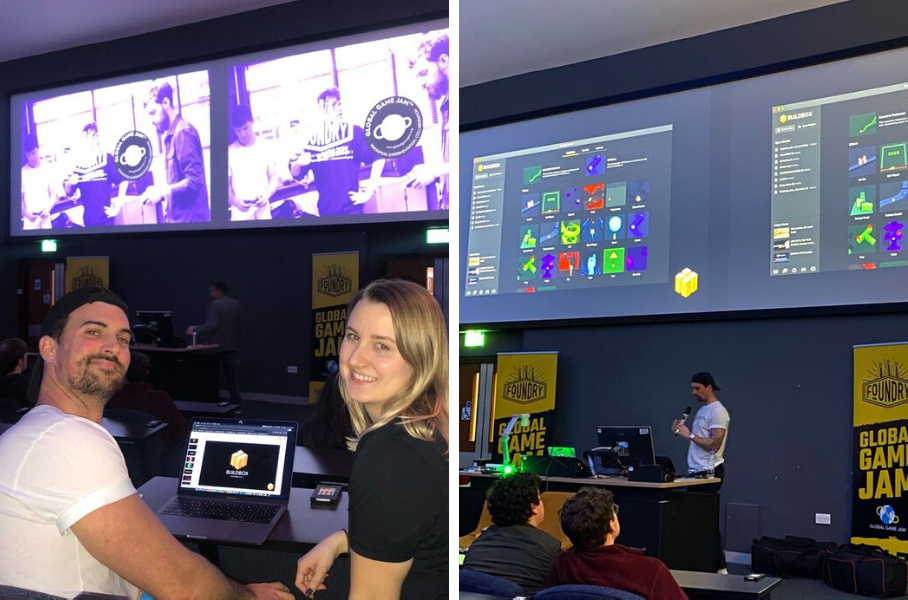 The Foundry in Bristol at UWE

During the event, we had staff located at four jam site locations. In England, our team was located in Bristol at the University of the West of England (UWE). Bristol has been the largest site in the UK, hosting GGJ for the past four years in a row. Over 180 jammers from all over the UK attended the event. There were even two participants from Spain that decided to go to Bristol’s game jam location instead of nearby Barcelona. It’s that popular!

Our location was inside the UWE Foundry, the affinity space where students do tech with industry. Sean Paramenter did a fantastic presentation at the foundry introducing students to Buildbox for the first time. We had a solid turnout and sparked a lot of interest in Buildbox. Former jammers, Foggy Box Games, who created a game called Brunch Club, which was published by Yogcast, was at the event testing out Buildbox and said, “Why don’t we use this platform!” It was awesome. We definitely converted some new developers into Boxers. 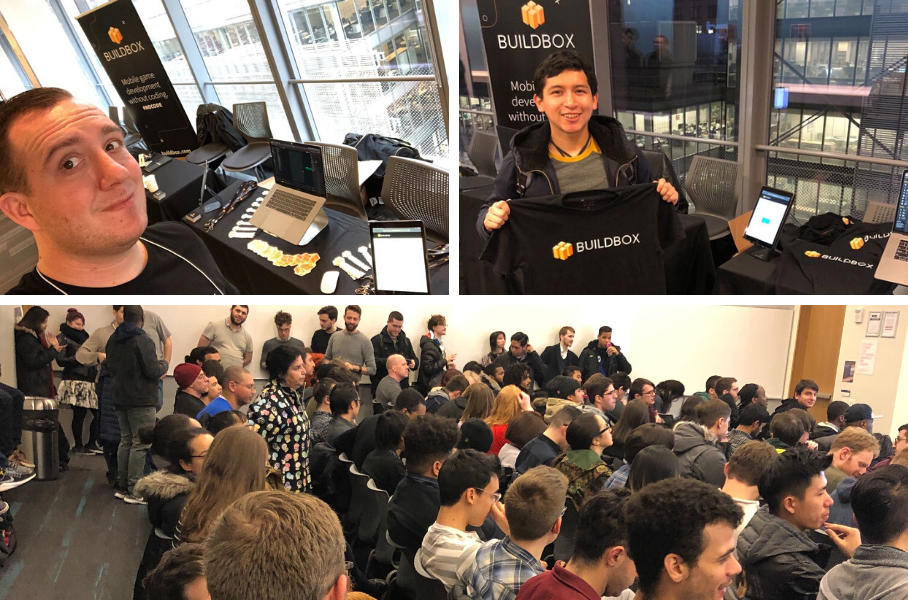 As a major sponsor for the Global Game Jam, we had a site at Playcrafting in the Microsoft Building in Times Square, New York. During the game jam kick-off in NYC, Sean Connor gave a speech before the release of the GGJ theme in front of several hundred people. He also did an interview with the hosts in the morning to spread the word, and it paid off. There was a ton of excitement over Buildbox. From young children to older gamers, everyone was buzzing about our no-code low-code game development software. We had a bunch of signups for the free version, along with demos, and t-shirts were given away. With the backdrop of Time Square, it was an epic event for both the game jam community and Buildbox. We also had a booth in Seattle at the Pacific Science Center too. 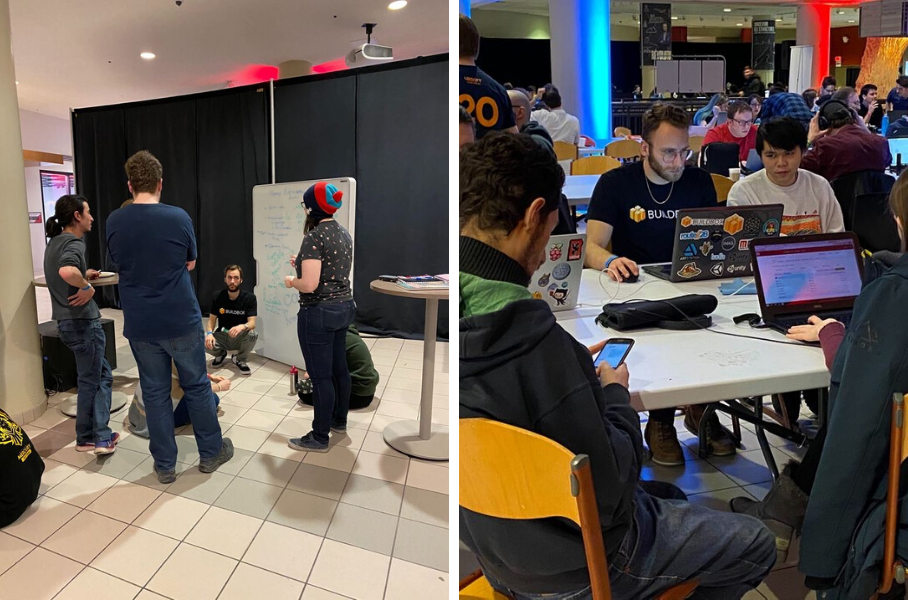 The Global Game Jam at ÉTS in Montreal, Canada

Our fourth Global Game Jam location was at the ÉTS (Public Engineering School) in Montreal, Quebec, Canada. Buildbox was a proud GGJ sponsor and participated in the judging process of the event through the end when winners and honorable mentions were announced. Over 400 people attended, with the majority of them being students. Many of the participants were intrigued by our software and signed up to try it out for free. The students at the college found Buildbox to be the perfect tool to use for a game jam due to its speed and ease of use. We couldn’t agree more. There were even lots of students interested in pursuing careers at Buildbox. 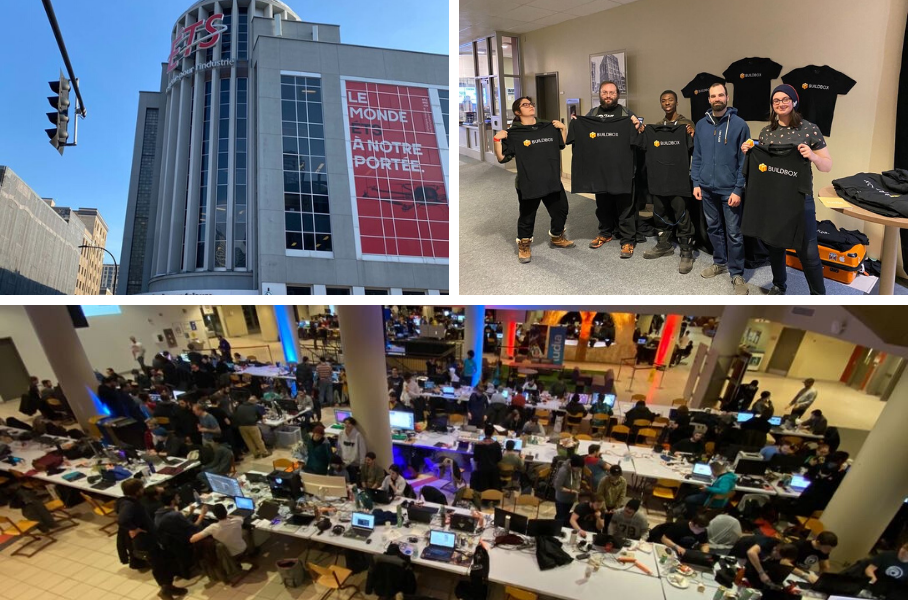 We’re so proud to have been able to be one of the sponsors for this amazing worldwide game jam and look forward to next year!