We’ve just released the latest version of Buildbox World for iOS! In this new update, you can play, discover, and even win prizes while going on fun quests.

Here’s a quick rundown of what’s new in Buildbox World for iOS:

Buildbox World now has quests! If you’re up for the challenge, you can view your new quests log by tapping the ‘Quests’ icon from Box-E’s drop-down menu.

Your first mission is to help Box-E put together the forgotten statue. You’ll be given different tasks, such as playing a head-to-head tournament (and a chance to win a prize) or exploring unexplored islands in Buildbox World. Each completed task will unlock a new piece of the statue. 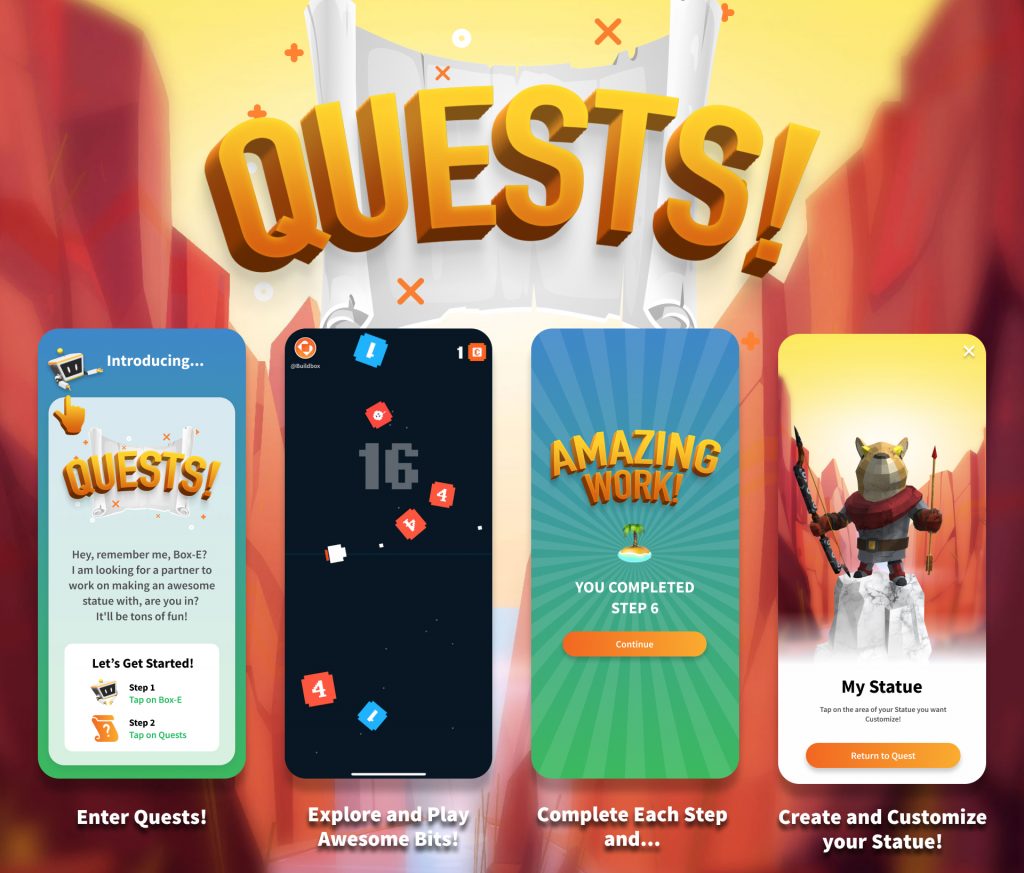 There are over 70 pieces that you can collect or mix and match to create your masterpiece with Box-E.

Buildbox World also now features head-to-head tournaments where you can play against other players from around the world and win real prizes.

You can put your gaming skills to the test by competing with other players for the highest score in popular bits like Two Way Attack to earn real prizes. Just tap the ‘Tournament’ icon from Box-E’s drop-down menu to compete. 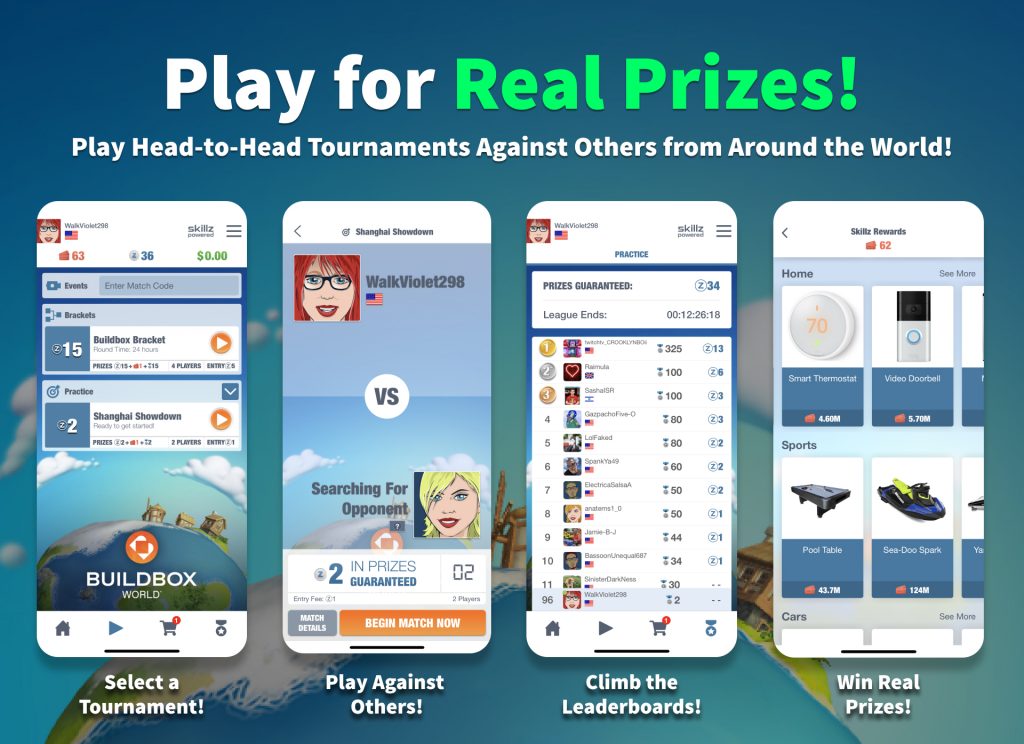