We love showcasing new games built with Buildbox from the creators in our no-code community. The games we select for our special ‘spotlight’ picks are indie mobile games with a creative theme, gameplay concept, mechanics, or performed well on one of the app store’s charts.

This week’s game spotlight pick is Toon Surfers by TheGameAppStudio. This really enjoyable adventure game, which was created using Buildbox, has a wide variety of fantastic animated characters that players get to race across different worlds.

So let’s find out more about TheGameAppStudio’s Toon Surfers!

In Toon Surfers, players get to guide adorable creatures through various realms in an epic race for coins and glory. However, this isn’t your typical endless racer; it’s more of an adventure with dangerous obstacles and enemies lurking around the bend.

To stay in the race, you must dodge incoming barrels, rotating spikes, giant beach balls, and the occasional wicked witch or two. Duck under ladders, leap over planks, and even up a jet-fueled backpack power-up to soar high in the sky for bonus coins.

As you progress in the game, you can unlock cool new playable characters—race as a lovable rabbit, panda, tiger, pig, monkey, penguin, or elephant. The combination of fast-paced endless racing, and charming characters make Toon Surfers extremely fun to play. If you’re someone who enjoys a good infinite runner and animals are your friend, you’ll definitely want to check out Toon Surfers. 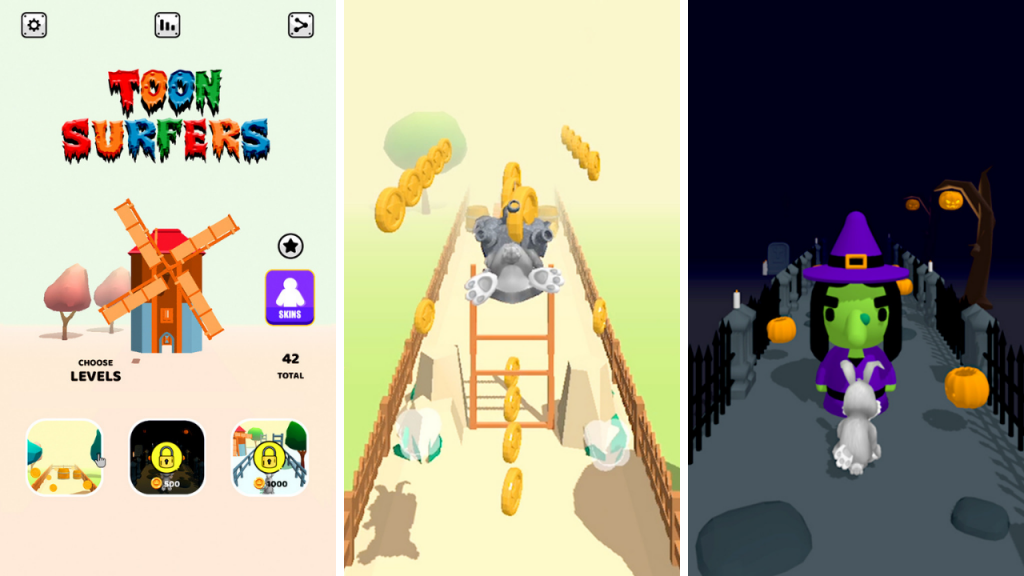 Toon Surfers is now available for download on iOS and Google Play.

Congratulations to Govind Narayan’s TheGameAppStudio on the release of Toon Surfers! You can visit their Instagram, Twitter, or website to learn more about their games. We hope you’ve been inspired to get started building your own game in Buildbox.