This week’s game spotlight is AppTout’s Magnet Balls! Made with Buildbox 3, this arcade puzzler is already climbing up 📈the top charts. It’s currently ranked #42 in the US puzzle game category and is quickly rising in the Top 200 of All-Games category. Magnet Balls has also been featured in the App Store in countries like China, Japan, United Kingdom, France, Canada, Germany, Russia, Australia, Spain, the Netherlands, and Sweden in the arcade and puzzle categories.

So, let’s take a closer look at AppTout’s Magnet Balls!

Magnet Balls! is a simple but challenging hyper-casual 3D game. Players have to tap and drag their finger across the screen to guide their magnetic ball through an obstacle course similar to Picker 3D. Waiting at the end of each lane is a hole that you roll your balls into to pass through the gate. But, it’s no cake-walk to get to the exit point. There are tons of scattered cubes that destroy magnetic balls on contact. So, it’s up players to strategically push through or maneuver around them with the least amount of casualties. Each lane has a set number of balls that you need to get into the hole to unlock the gate and move one to the next stage.

As the game progresses, the obstacles get tougher with higher ball counts to achieve. You can use the points earned from clearing levels to unlock new ball characters. There’s a total of eight unlockable characters. Magnet Balls! has colorful 3D graphics and a rhythmic pace that makes it both fun and challenging to play. You’ll find yourself addicted to zig-zagging down the lane and shooting as many balls as you can for a high score.

Are you ready to roll? 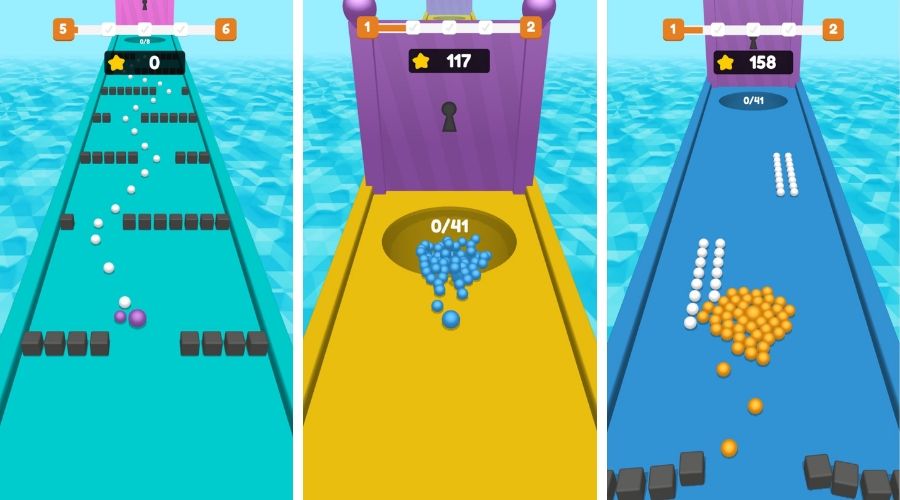 Magnet Balls! is available for download on iOS now!

Congratulations to the team at AppTout on the release and success of Magnet Balls! We can’t wait to see what else you create!

If you’d like to be our next spotlight or be featured in our showcase send us link to your Buildbox game and we’re check it out! We’re constantly on the lookout for new BB games on the horizon. All you have to do is post a tweet that mentions us @buildboxcom and add a link to your game to show us your app. We’re also on the hunt for new games in our official Buildbox forum and Discord channel in the Game Showcase section.