Are you using the right beta testing tools to get your game publisher ready?

Beta testing your game is part of the polishing phase during development. It’s also crucial for success. Before you release any app or game, you have to make sure it’s fully polished and error-free. Using mobile app testing tools or platforms are a great way to get started. There are many different beta testing tools and apps that you can use for your beta testing needs. Some of them allow you to find beta testers and distribute your apps to them directly, while other tools focus more on deploying multiple versions of your app to testers with the most accurate metrics and feedback. There are also beta testing tools that only support a specific platform.

So, today we’re rounding up the best beta testing apps and tools that you can use to test your iOS, Windows, and Android-based games. 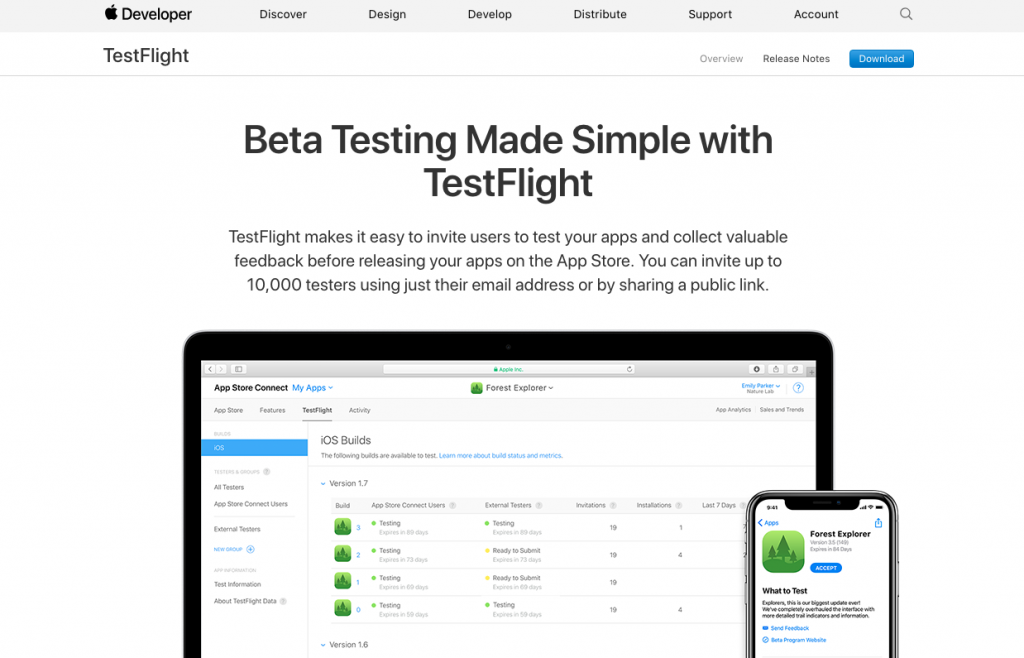 Testflight is a popular beta testing app and platform. Favored by Apple developers, it’s now exclusively for iOS. This user-friendly platform allows you to easily invite beta testers to test your mobile apps via email or a public link. Users receive instructions for installing on their iOS device (iPhone, iPad, iPod Touch, Apple Watch, or Apple TV). There’s no need to keep tabs of tedious UDIDs or multiple provisioning profiles either. You can also send up to 10,000 beta tester invites with TestFlight.

The only major task left to developers when using Testflight is letting their testers know what they should be testing. Be sure to jot down a few of the main things that you’d like them to look for or check. Maybe you’re testing for bugs in general or overall playing experience. Whatever your goal is with each round of tests, inform your users, so you’ll be able to get the best possible feedback. 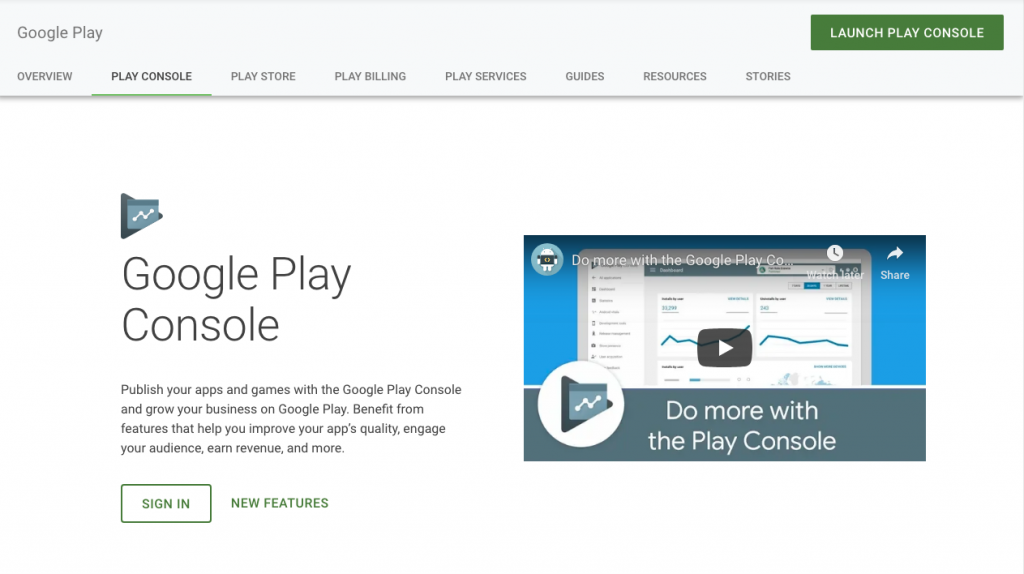 For Android developers, the Google Play Developer Console offers free basic beta testing options as well. If you have a Google Play Developer account, you can access it directly within your developer console. You can run a closed internal test, open beta test to the public, or closed Alpha test. It’s a convenient and fast way to catch bugs and gain feedback on your app before its release. If you’re not looking for anything extensive, then this may be a good option. 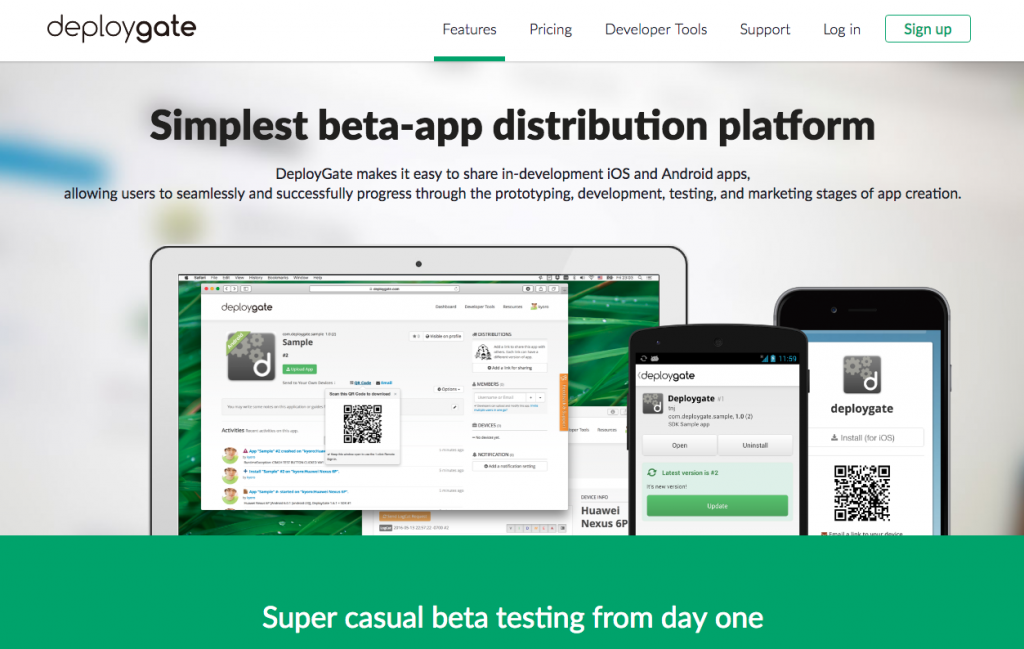 DeployGate is an easy-to-use beta testing tool that allows you to instantly share your Android or iOS applications with beta testers and any of your team members. Simply drag and drop your files into the dashboard and you’re good to go. All of the app’s installation steps will be sent directly to the beta tester’s device. You’ll receive data from the tests in real-time on your screen. You can also integrate popular collaboration tools such as Slack or ChatWork, so your team is always up-to-date on the latest feedback and bug reports. The Indie plans at DeployGate range from free to $15 per month. They also have organization plans starting at $99 per month.

Installr is a tool that lets you distribute your Android or iOS apps to beta testers in 60 seconds flat. Everything is handled via email for your beta testers. All your testers have to do is click on the link emailed to them and follow the prompts. In less than 30 seconds, Installr automatically registers the testing device and updates the provisioning profile to make managing your beta tests easy. There’s no passwords or registration process required for beta testers either. Unlike other beta testing tools, it’s quick and straightforward.

Installr offers various plans, each with a set fee per app test and unlimited builds. You can use their free Hobbyist Plan featuring up to 3 devices and up to 10 tester invites or Starter Plan for $34.95 per app with up to 20 devices and 50 tester invites. There’s also Professional and Executive Plan options available too. 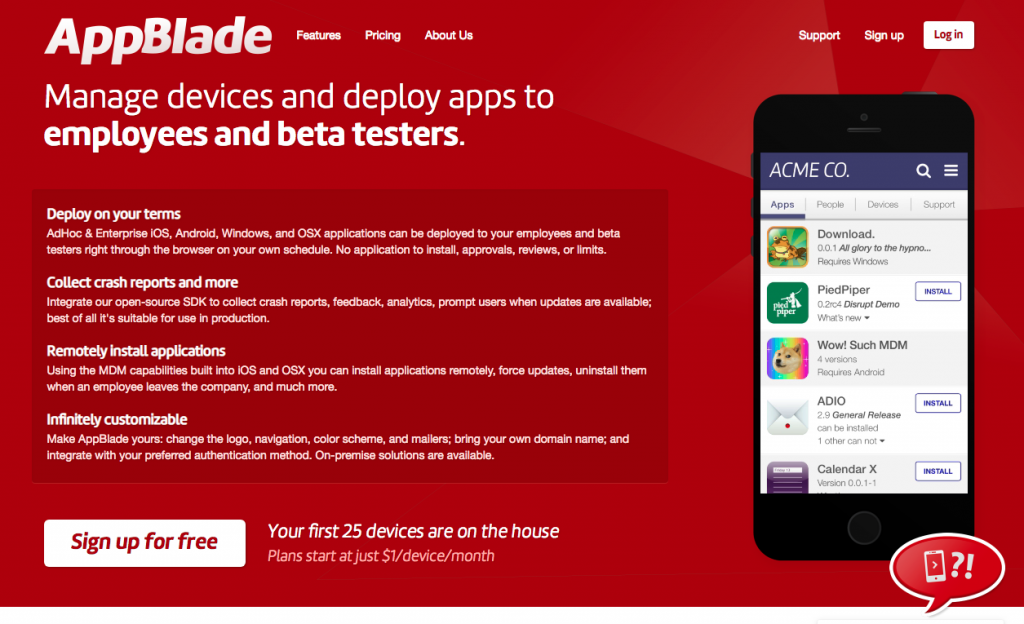 AppBlade is also a beta testing application that you can use. The platform was designed by a team of Boston developers from Raizlabs, who wanted to create a better tool for managing and distributing apps. With AppBlade, you can test apps for not only Android and iOS but the Blackberry platform as well. There also plenty of built-in features like crash reporting, release tracks, and automated UDID collection. Mobile users are also able to access all of these advanced features easily. At AppBlade, with every plan the first 25 devices you test are free of charge. They have four very affordable plans: Indie, Pro, Business, and Enterprise. The Indie plan allows you to provide iOS and Android apps to beta testers starting at only $1 per device and month. 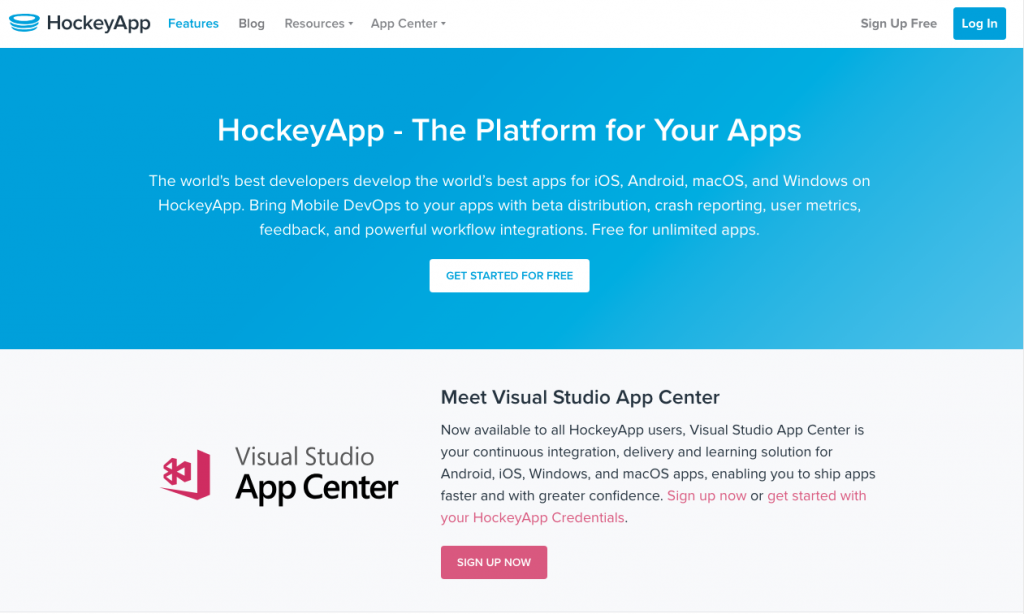 HockeyApp / Visual Studio App Center is also an option for indie studios. They offer a variety of beta testing and distribution services to help you gain valuable feedback on your apps. Plus, HockeyApp supports all major platforms including Android, Windows, iOS, macOS, Cordova, and more. You can upload beta versions of your game and have up to 100 testers participate. There are options to send direct invites via the dashboard and the ability to set-up tester recruitment campaigns. You can also group your users and collect UDID (unique identifiers) from them for more defined analytics. 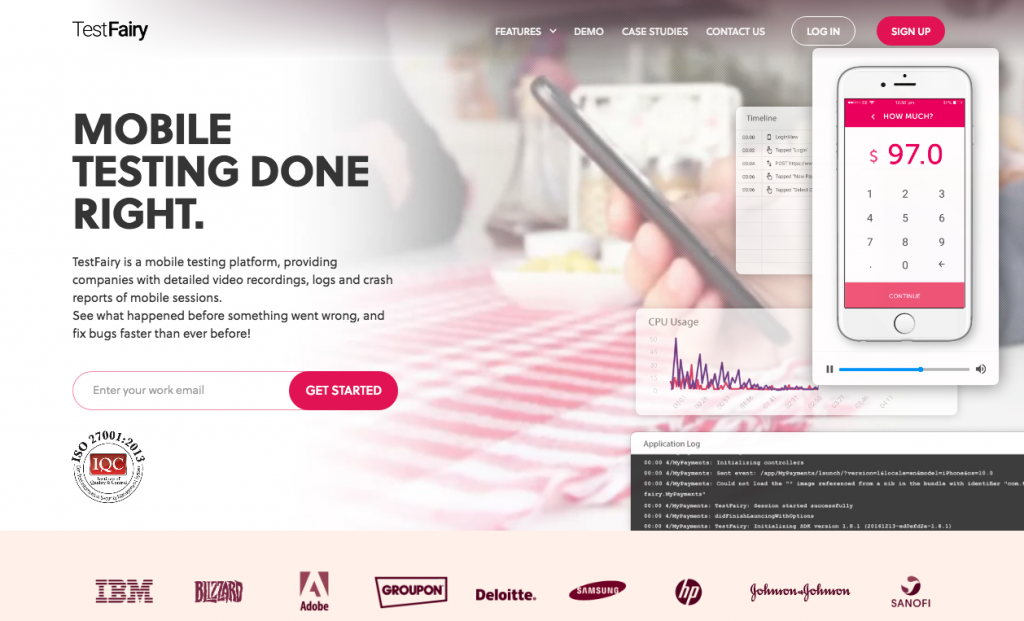 TestFairy is a popular beta testing tool that supports iOS, Android, Cordova, React Native, Xamarin, and other cross-platform. You can invite beta testers by email, text message, or push notification. There are also options to share your game with people via an automated landing page. You can choose to have your landing page set to public for anyone to access it or closed to be private. TestFairy uses video recordings to show developers exactly how their beta testers are responding to their app. With each video session, you can watch them interact with your game and get a clear picture of any issues or bugs you need to fix. Your test feedback also includes detailed crash reports, event timelines, session data, screenshots, and file attachments. There’s an option to divide your testers into groups for better management too.

Ubertesters is a crowdsource based beta testing app platform with lots of flexible options. You can test your game with professional testers from around the world on any device. If you’d like to cast your net wider in the beta testing pool, Ubertesters is the way to go. All of the Ubertesters use their own device or wearables to test your game. It doesn’t matter if it’s iOS or Android or Windows, they have you covered. Get screenshots, bug reports, statistics, and feedback on your app’s overall usability. They also have localization and functional testing as well. You can also hire specific beta testers for $25 per hour. They have three basic price plans and a special enterprise option. Their Indie starts at $26 per month, the Startup Plan at $59 per month, and the Pro at $129 per month. 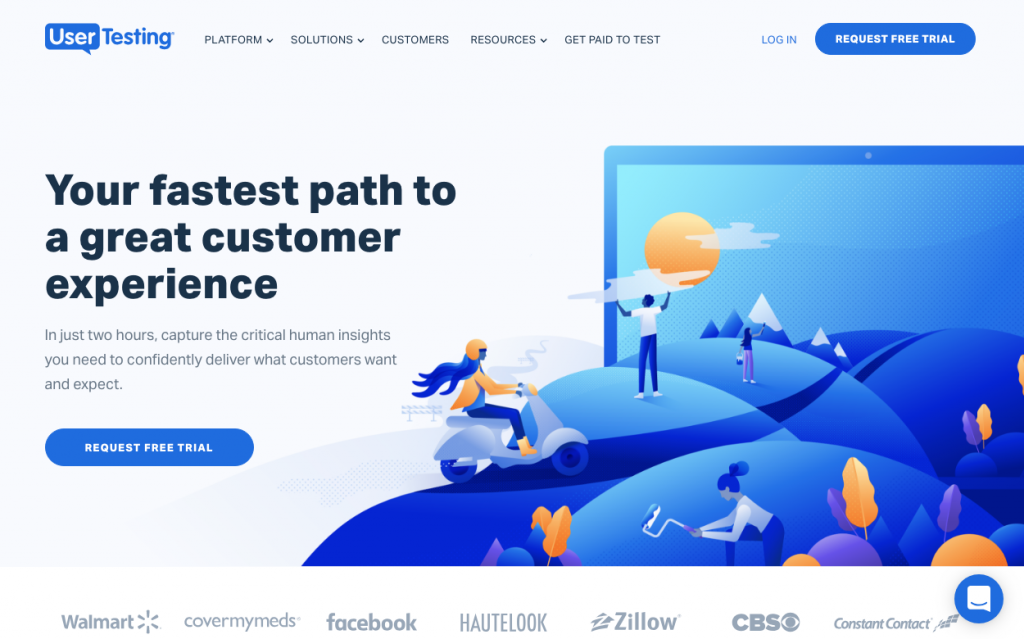 If you have some wiggle room in the budget department, Usertesting is another crowdsource beta testing tool option for devs. They feature a variety of live conversational beta testing via video to help you get a real impression of how your potential players will respond to your game. Did they find the UI confusing or the gameplay surprisingly fun? You’ll get to see their experience to gain further insight. Also with Usertesting, it only takes up to 2 hours to start receiving valuable feedback from your app. You can quickly find out what needs to be fixed in your game. There’s an easy to use test builder for creating your test and an option for you to add your own tasks or questions. They also offer additional support and services such as researching or the general management of your test too. It costs $49 to get started with their individual plan.