Buildbox World has just been updated with some fresh new bits that you’ll definitely want to check out!

Our community of no-code creators have been sharing their Buildbox creations with the world and there’s now even more incredible bits for you to discover, play, and hopefully be inspired to create your own!

Here’s our roundup of the must-play bits added to Buildbox World: 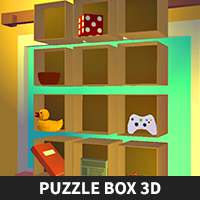 If you’re a fan of puzzlers, look no further than Puzzle Box 3D by RasmasStudio in Buildbox World! In Puzzle Box 3D, players have to memorize the order and placement of common household items in stacked boxes.

This fun 3D memory game is the ultimate brain teaser. To clear each level, you must correctly guess which object was moved. So, test your skills today! 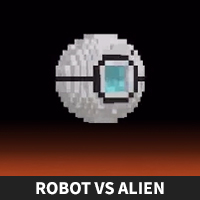 Robot VS Alien by Luco

In Robot VS Alien by Luco, players explore a mysterious world where aliens have taken over. It’s up to you to guide your robot safely through the desolate wasteland collecting coins along the way while avoiding deadly aliens. This bit has a cool Minecraft feel to it with pixelated 3D graphics. It’s a lot of fun to play. 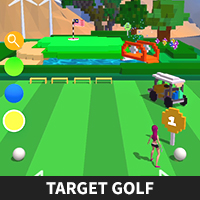 Target Golf by Lemon And Lime Studios is a bit that must-play for all golf lovers! This highly polished 3D golf game lets players hit the green like never before. The graphics are amazing, and so are the gameplay mechanics. Players get five attempts to aim and putt their ball to score a hit, bullseye hit, or legendary hole-in-one. You also can earn gems and set career records while playing a round on this epic golf course. 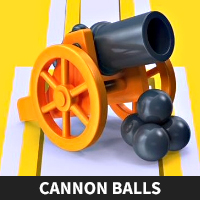 Cannon Ball by UBD Games adds a fun spin on color matching. As the cannon fires different colored balls, players have to tap to turn the catcher to the exact color, or it’s game over. It’s a unique combination of a 3D shooter and casual puzzler. 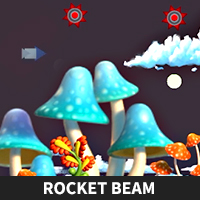 Ready for an adrenaline rush? In Rocket Beam, you steer a flying rocket speeding through the sky. Avoid incoming obstacles and collect orbs for a high score. It’s fast-paced and addicting. 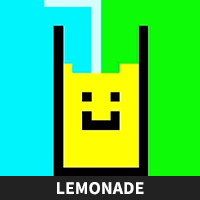 For pixel game lovers, Lemonade by Grey-Great-Goat is another bit worth checking out! This super simple hyper-casual game takes players on a lemon picking frenzy in pursuit of the highest score. In Lemonade, you have to pick the pixelated lemons as fast as you can before the 30-second timer goes off and it’s game over! It’s a fun new challenge to play in Buildbox World.

These bits are only a few of the amazing games available right now on the app. Remember new bits are added weekly to Buildbox World!

We hope you’re inspired to start sharing your bits of creativity with the Buildbox community in Buildbox World!

Click the buttons below OR scan the QR Code above to download Buildbox World on Android or iOS today!