Our development team and staff have been super busy polishing up Buildbox 3 and gearing up for our BIG official release (coming very soon 😉). It’s going to be incredible, and we all appreciate your patience. The wait will be well worth it.

Buildbox 3 will be a 3D game-changer for indie developers at all levels from novice to veterans. We’ve added so many professional features and advanced game development options that anyone will be able to jump right in and start creating the type of game they want.

Currently, the development team is focusing on adding the final batch of nodes and improvements to the software. We want to ensure that the official release is as close to perfect as we can get, which requires spending a lot of time testing and tweaking. Fixing bugs have been a priority also along with enhancing the functionality of the nodes with extra JSAPI features. With them, you’ll be able to make complex 3D games from Zelda-esque RPGs to Angry Bird style puzzlers, card games and more.

And most of all we’re working on more tutorials and having a better documentation and help system in place. Our goal is to have tons of guides with examples of use to make adding nodes and the entire process of creating your own custom ones extremely easy to do.

We’ve also added a new dynamic lighting features to Buildbox 3 that you can now incorporate into your games to make them really pop! You’ll have the option to add both spot and point lights to any area in your game. It’s a professional lighting feature used in a variety of 3D video games especially role-playing, to help direct players attention to key areas and guide them through various worlds. 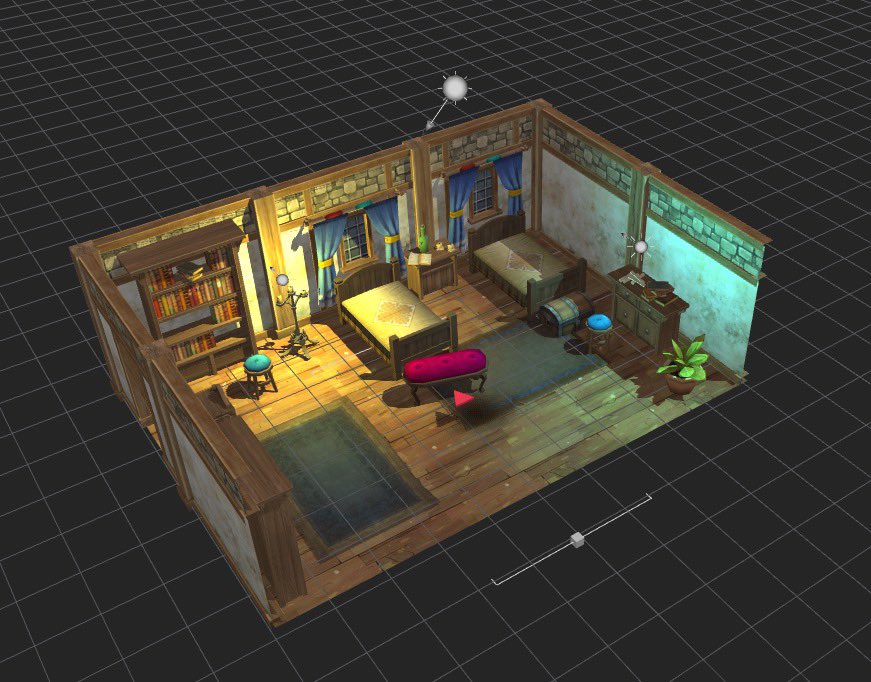 With the spot light feature, you’ll be able to create a cone light effect in a specific direction to highlight a relevant area or to add contrast with the shadows in your game for a dramatic impact. The point light option adds a more sphere shaped light that’s visible in all directions. You can use it to help lead players to key points or items in your game. Both lighting features can be customized in brightness, range, and color.

For Buildbox 3, we’re working on expanding and organizing the built-in asset library with better categories to make finding the right preset to use quick and easy too. We’ve also added a new explosion node that you can customize. Objects automatically shatter upon contact with your character. It’s a great node to use in all types of action-packed games including 3D arcades and puzzlers.

Check out the Explosion Node in action:

Cool 3D Games In The Making

Some of our Buildbox 3 Beta users have already started making some awesome 3D games. BB customer and Film & TV director, Ben Scriven’s upcoming game ‘Night Fighter’ is one of them. And the best part? He created this high-flying shooter without having any previous coding experience. Using the advanced features in Buildbox 3, Ben was able to add an enemy AI, minimap, and more all by creating his own nodes. Check out the teaser below:

Another cool game in the making is Milo. This 3D platformer will star a cute scarecrow character on a very important mission. We’re looking forward to seeing where this little guy’s adventure takes him when the game’s finished.

Avid Boxer BraveWarrior also has an original game in the works. He took the popular 3D spinning tower concept and put a fresh twist on it with a rolling forest. You can keep up with his progress on Twitter.

And that’s just with the Beta version. We can’t wait to see the type of mind-blowing games you guys will be creating with the official release!

Thanks for the support everyone, and check back here for development updates every two weeks!