Casual indie games are at the core of both Buildbox and Heyzap’s mission.

Buildbox is democratizing mobile app development for dreamers and innovators around the world, while Heyzap makes it incredibly easy for developers to turn their labors of love into viable businesses. Developers using Buildbox complete their games within 2-3 weeks, with many developers creating working prototypes of their game in as little as a day. They then integrate Heyzap’s mediation SDK with just a few clicks, gaining access to a comprehensive ads monetization platform that automatically optimizes revenue generation across ad networks and countries. As the only mediation provider supported by Buildbox, Heyzap’s intuitive interface and simple integration perfectly complements Buildbox’s no-stress approach to making games.

Some of the biggest casual games (Color Switch, Ball Jump, The Line Zen) rely on both Buildbox and Heyzap to craft beautiful games, with high-powered monetization strategies to match. With the recent rise of casual games in mobile, we couldn’t help but wonder – what’s behind their success? We caught up with Fabrizio Michels of Hexavoid and Chris Goodman of A.P.E.X., who created their games using Buildbox and monetize with Heyzap Mediation. 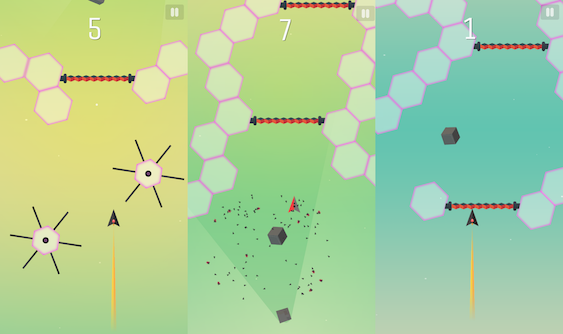 “I worked as a digital designer and web developer for 15 years and it was always my dream to create mobile games. 18 days after I signed up for Buildbox, my first game was live on the App Store. My studio FabMika Games has been featured by Apple, and has reached the charts with a focus on casual, free-to-play games. “

“The biggest challenge to creating a great casual game is making it enjoyable from the first 5 seconds. The game needs to be both simple and challenging, while delivering a fun, addictive experience on the first try.

In Hexavoid, we spent quite some time setting the initial speed of the game. We first set the game to begin very slowly to allow players to get used to the controls and the obstacles. The speed would progressively increase, so that after a minute or so, it’d be quite fast paced. After some testing, we realized that the initial speed was too slow for most players, but simply speeding up gameplay in the beginning made gameplay around the one minute mark extremely difficult. Our solution was to add power-ups like “Turbo” and “Slow Down” to maintain gameplay at a reasonable pace even after a minute.”

“The general premise of Hexavoid wasn’t new; lots of apps involve spaceships avoiding obstacles in an endless world. With so many apps live on the App Store, it’s near impossible to create something wholly new and different. We researched similar games prior to development and focused on formulating a unique design with appealing visuals and a palette different than that of traditional space games. We replaced coins with red barriers that must be destroyed, and opted to base scoring off of the number of barriers destroyed instead of distance traveled. These tweaks resulted in a game that’s got both “endless runner” and “shoot ‘em up” elements to it.”

“I designed every level of Hexavoid, but I didn’t have the last word after testing. When you work on something for months, you fall in love with some of the things you created, and it becomes tough to view your game with a critical and objective eye. I created one enemy in Hexavoid that would appear randomly on the screen, leaving a small margin of error. I absolutely loved this character, but every person who tested this build complained about it, so I eventually ended up taking it out completely. I send finished levels to a group of friends to test before the entire game is done, so I can get feedback before the core of the game is finished.

It’s also very important to continue to solicit feedback after the game is live. A lot of Hexavoid reviewers were upset about new unlocked ships being purely cosmetic, so we updated the game to have special add-ons for the new unlocked ships. This allows users to continually increase their high score instead of stagnating.” 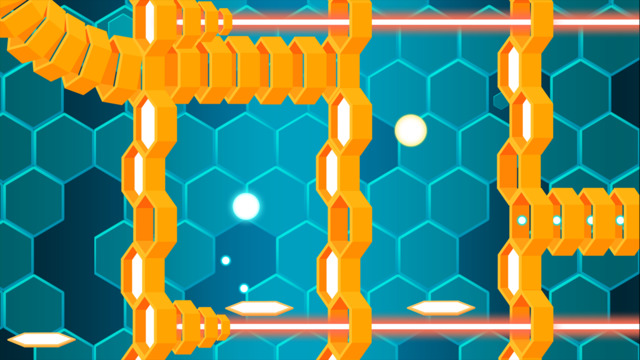 “My brother and I started making games over two years ago during the Flappy Bird craze, with no prior experience in game development. Buildbox has allowed us to create games faster than ever–we’ve created 4 games with Buildbox with 2 featured on the App Store.”

“Any game you create should be built to a potential feature standard. Many apps these days reach success without getting featured, but studios with featured games go on to have great track records. Publishers are a great way to increase your chances of getting featured; they have extensive experience with features and handle marketing and App Store strategy for you.”

“Knowledge is one of the biggest challenges for casual game developers. How do I build x? How can I make this look the way I want it to? Casual game developers often handle every aspect of the process themselves, so they have to learn design, programming, and marketing principles on the fly. Make Google your best friend and always be adding to your knowledge bank. The Buildbox community is very tight knit and it’s been a fantastic source of advice and inspiration.”

“I derive a lot of inspiration from the space in which I work; I’ll periodically redecorate the space and listen to different genres of music to change things up a bit. I play a ton of games that are on the charts or have been featured, and try to figure out the different elements that set these games apart from the rest.”

Buildbox is a powerful drag and drop game builder that allows anyone to easily make their own game without prior coding or programming knowledge. All the tools you need to create a professional looking game is inside the software, from the intuitive creator tool and multiple worlds feature to the advanced component and control system.

Heyzap Mediation gives thousands of developers the power to dynamically test mobile ad networks against each other, and automatically deploys different networks to maximize revenue. It’s free to use, and loaded with features like segmentation, detailed reporting dashboards, native ads, and more. We value transparency, so you’ll always have full access to all the data behind the decisions made by our mediation engine.