Swing Dude! is a wacky obstacle course style 3D runner that challenges players in the air instead of on the ground. The rules are simple: Don’t fall into the water! If you do, it’s game over. Players are equipped with a handy rope activated with a quick tap and hold on the screen.

Timing and aim is everything in Swing Dude, as you attempt to swing from various rotating balls high in the sky. Each level has a finish line you must cross. As players get farther in the game, the course gets more challenging. So, if you’re ready to put your skills to the test and see how far you can go, then you might find yourself addicted to playing Swing Dude! 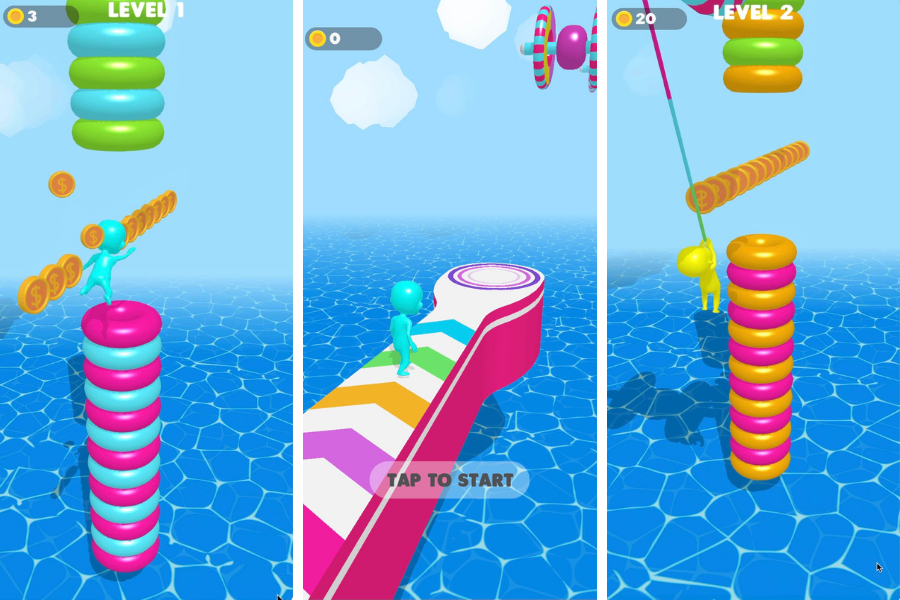 Congratulations to Andre Spears’ Kingdom Studios on the success of their latest release Swing Dude! You can learn more about this and their other games on their website, Twitter, Instagram, Facebook. We hope this spotlight has inspired you!

If you’d like to be our next spotlight, send us a link to your Buildbox game, and we’ll check it out! We’re always on the lookout for new BB games on the horizon. All you have to do is post a tweet that mentions us @buildbox and add a link to your game to show us your app. We’re also on the hunt for new games in our official Buildbox forum and Discord channel in the Game Showcase section.

Dream big, and keep on developing!