It has already been ranked No. 6 in the top paid apps board game category in India, No. 42 in the UK, and No. 76 in the German app store.

A Sudoku Game for All Seasons

Take your puzzle-solving skills to the next level with Sudoku – Holidays And Seasons by Game App Studio! In this board game, players must conquer 4×4, 6×6, and 9×9-sized grids by filling in the numbers 1–9 once in every row and column.

As you progress, you get to move on from numbers to unique icons associated with holidays. Just like before, each icon – from Santa to the Grinch – can only appear once in each row and column. You earn coins as you go, which can be used to unlock new grids and themes based on festive occasions.

There are unlockable holiday themes from around the world, including Halloween, Christmas,  Diwali, Navarathri, Holi, and Thanksgiving.

Plus, with seasonal tunes playing in the background, it’s easy to get into the holiday spirit in this addictive spin on the classic Sudoku board game.

If you love Sudoku and looking for a fun holiday-themed game to play this season, this puzzler will be your next gaming addiction! 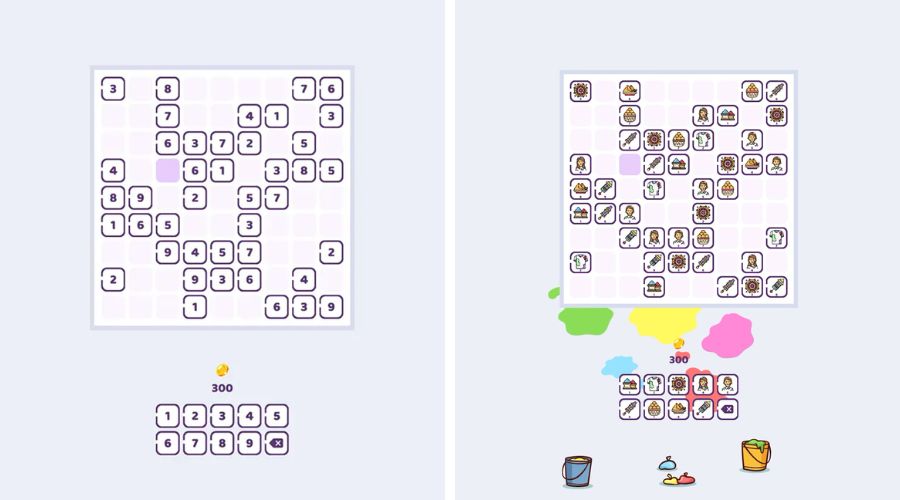 Sudoku – Holidays And Seasons is now available for download exclusively on iOS!

Congratulations to Govind Narayan’s The Game App Studio on the release of Sudoku – Holidays And Seasons! You can visit their Instagram, Twitter, or website to learn more about their games. We hope you’ve been inspired to get started building your own game in Buildbox.