In this fast-paced arcade shooter, you’re a jet fighter pilot in the midst of a pixelated war. Your mission is to take out the opposing enemy’s fleet. Players have to try to shoot down the planes while avoiding incoming fire. You can collect coins for points to unlock new backgrounds. There are also special power-ups that you can pick up that will instantly change the battle. You’ll suddenly go from fighting solo to leading your own fleet of fighter jets. It’s a thrilling, action-packed game. Plus the longer you survive, the faster and more intense the invasions become. You’ll encounter relentless airborne attack with flying missiles and some hard to beat bosses.

Pixel Scroll Fighter also has a great retro arcade feel. From the almost effortless touch to move controls in this game to its colorful pixel art style and old school synthesized sound effects, it’s a hyper-casual good time. So, if you love arcade shooters and pixel games, then definitely check out Pixel Scroll Fighter! 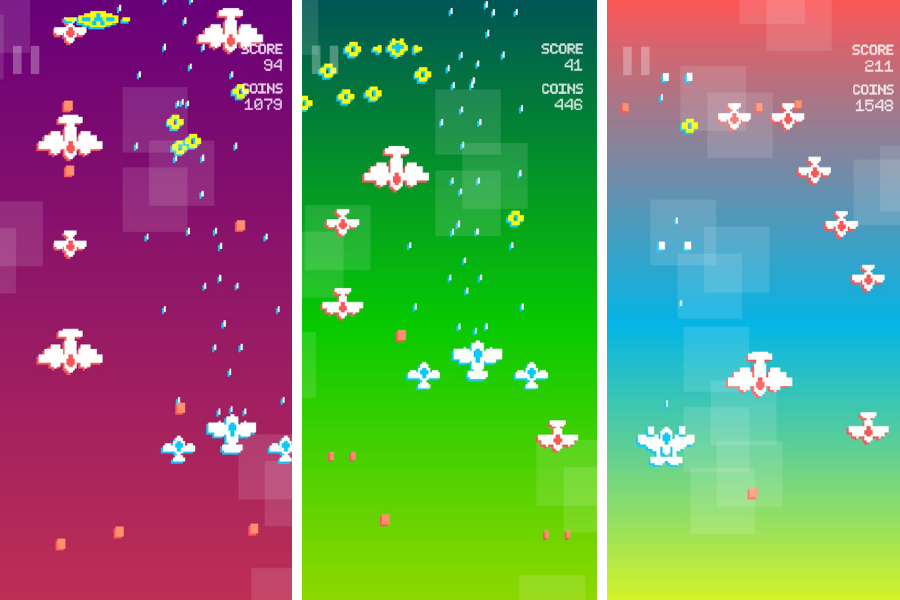 Pixel Scroll Fighter is available for download on iOS today!

Congratulations to Aleksei Chepinoga on the success of Pixel Scroll Fighter! :)

Pixel Scroll Fighter is a great example of the cool type of games that you can create with our software. I hope this spotlight has inspired you to make your own game. Playing hit games and learning from others achievements is one of the best ways to recreate your own path to success.

If you’d like to be considered for next week’s spotlight, be sure to share a link to your game on our forum or Discord server in the ‘games showcase’ sections. You can also share your App Store link with us on social media via Facebook or Twitter with the #Buildbox hashtag for consideration.

You can also post a tweet that mentions us @buildboxdotcom and add a link to your game along with the hashtag #BuildboxGameWednesday on every Wednesday on Twitter for a chance to be our next game spotlight!

We’re looking forward to seeing what you create!
And if you’d like to learn more about the top games built with our game development software, you can check out our All-Stars Showcase.