This week we’re excited to shine our BB spotlight on Los Angeles based art director, illustrator, animator, and graphic designer Eric Rosner. As a veteran in the entertainment industry, his artwork has appeared in everything from major ad campaigns and billboards to popular TV series. His career spans over two decades, with many of his illustrations being featured in New York art gallery shows and even sold at various stores. This amazing artist is now venturing into the world of game design and using Buildbox as his tool of choice to bring his creative illustrations to life. Using our software, he recently built his first interactive children’s book called, ‘Little Chicken goes to the Moon.”

We were honored to have the opportunity to chat with Eric Rosner about his artwork, creative process, thoughts on game and graphic design, and new interactive children’s book.

Buildbox.com: Can you share a little bit about your background and how you became an illustrator and game designer?

Eric Rosner: I have worked in the entertainment industry for over 23 years in New York, first as a Graphic Designer for MTV Networks, later as a Sr. Animator for Nickelodeon/Nick@Nite and then the Director of Animation for TVLand. I’ve learned motion design and Art Direction over the years. I have been Illustrating for about 20 years. Every day after work, I’d go to my favorite coffee shop and start illustrating interesting faces or historical places I’d see in the newspaper. I’ve had numerous shows in New York and sold my art at stores, such as CB2, BoConcept, the MoMA Store, and some hotels.

I always wanted to create my own characters and make short films. I thought of interactive books as a good platform for using my illustrations and creating my original story. I’ve tried learning how to code, but it was quite complicated. It’s exciting to use BB3 and actually see progress so quickly.

Buildbox.com: How would you describe your illustration style?

Eric Rosner: I would call it an organic approach to freeform. I start sometimes illustrating without knowing the final look, and I just see where my process takes me, simply following my creative flow. I like to create structure and volume in a 2d space.

Buildbox.com: In your vast portfolio of work, which illustration or project that you’ve worked on is your favorite?

Eric Rosner: My Illustrations of old New York are my favorites. I really enjoy the architecture of New York’s Gilded Age. I would actually go to old buildings in New York and imagine all the people and events that happened there and study old photos of NYC from 1890 -1920. When illustrating the buildings, it would sort of transport me back in time. I even started having pretty cool vivid dreams of living in that era New York. 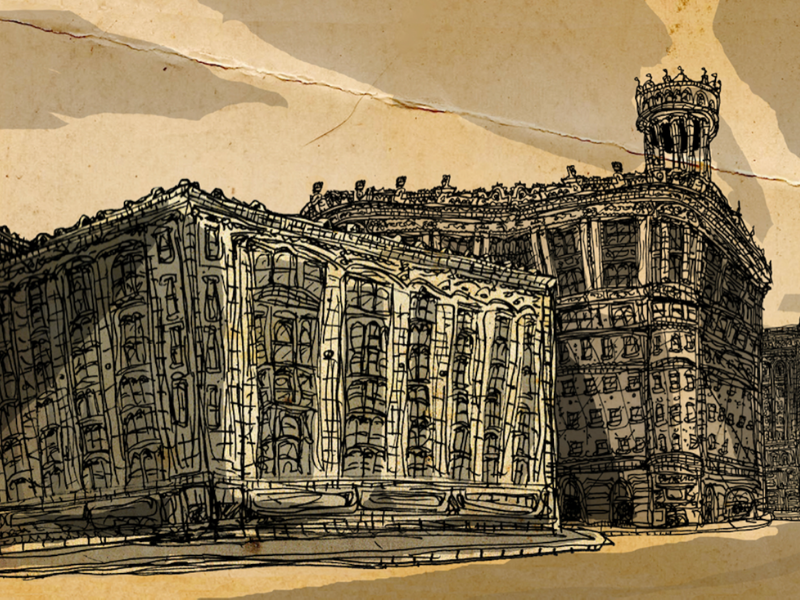 Buildbox.com: As an illustrator and game designer, what inspires you?

Eric Rosner: I love classic, retro games of the ’80s. Old Atari 8 bit games and Intellivision were my favorite. I used to hang out at department stores for hours just playing the demos. It was a fun time. Atari would regularly publish a catalog of upcoming games and even a monthly magazine. I was all about video games as a kid- it was the future. We had these amazing arcades back then. It was so great—Twenty-five cents for a trip to another world. There were great games back then. I would imagine creating my own games. I made storyboards and created art and imagined crazy scenarios. Space adventures were always the best. I love interactivity, pressing buttons that open this, or start that. Combining my art and a game engine with unlimited potential is pretty thrilling.

Buildbox.com: What’s your creative process for coming up with unique art and design ideas?

Eric Rosner: I like to do research on different eras. I love the games of the 70’s and 80’s, simple retro fun with bold ideas, like space terror and D&D adventures. That style is my inspiration. I also love New York, and I always wanted to make a game with the NY theme. Usually, I scan for inspiring photos, like the oldest photos of the City. I have this idea for an old NY murder mystery, so I’ve done lots of research on creepy characters of the 1900s and different NY districts and unique buildings. It is fascinating to study how life was back in the Gilded Age. For other designs, I just look for pop culture and put my spin on it, reimagine ideas, and use my art for a new take on it.

Buildbox.com: When you’re making game art, what are your favourite go-to graphic design tools to use, and why?

Eric Rosner: I mostly use Adobe tools. Illustrator is my favorite because you can create the perfect, clean vector art. You can even use paths for animations. I think it’s a genius application for everything media. I use After Effects a lot, and it is great for anything with motion, the two apps work so great together. There are so many great tools these days.

Buildbox.com: What led you to use Buildbox, and how has it helped you with the game development process?

Eric Rosner: I’ve known about Buildbox for years, but it was not accessible to me. When BB3 was announced, I was thrilled to check it out. The nodes and the lower price made is very appealing and easy to use. I had tried node-based visual coding before and loved it, and BB3 looked and worked better! The nodes are easy to understand, and the interface design is very slick, everything about the app is very cool and so well laid out. It is a real joy to use. I’m super excited to see what they do next.

Buildbox.com: How did you come up with the concept for your new interactive children’s book, Little Chicken goes to the Moon?

Eric Rosner: I was looking to make books that were about space and the Universe and also had a fun, kid-friendly tone. I love the Japanese cute character culture, so I did a lot of research on characters that could be über cute and voila, I chose a chicken. Also, I like writing silly stories, and when I start writing ( on a good day) the story just flows, it’s pretty wild. I have about 20 stories that I would love to create with my Chicken. 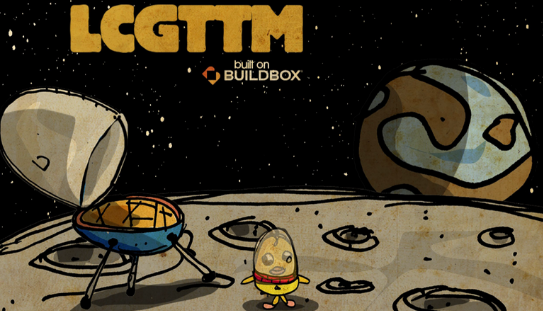 Buildbox.com: Are there any other upcoming games in the works? 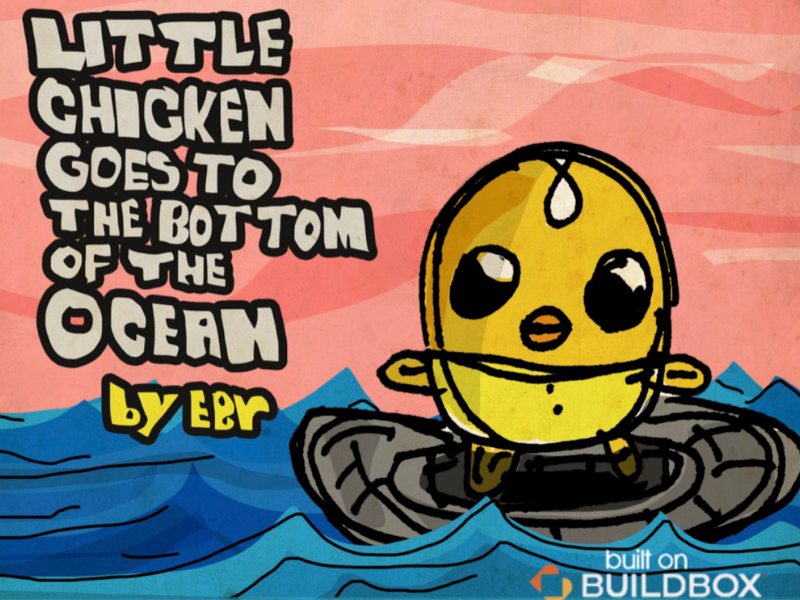 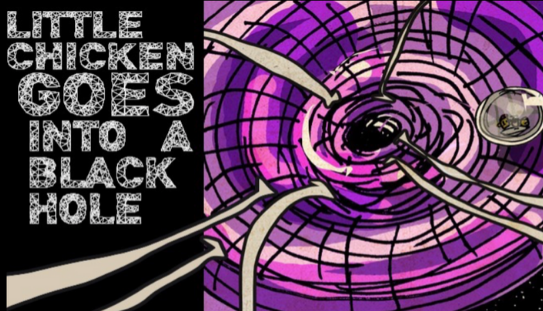 Buildbox.com: Do you have any advice for new or aspiring illustrators interested in transitioning into making games?

Eric Rosner: I think your original style is your greatest asset. Many apps just follow the followers, and that gets boring. The more unique you are, the better. The world is always waiting for the next big thing.

Buildbox.com: Great advice! We’re looking forward to checking out your new stories Little Chicken goes to the bottom of the Ocean and Black Hole soon.

You can learn more about Eric and his other games like Planet of the Squirrels, as well as view his portfolio on his website.