This week’s game spotlight is Combat Emoji by Tap Men Games. Built with Buildbox 3, it’s a super fun emoji shooting game that pits players against other emojis in an all-out emoji shootout. Combat Emoji is one of the Top 100 action games in 30 countries and one of the Top 100 casual games in 14 countries. It’s also ranked Top 100 in the all games category in Iceland.

Combat Emoji is an action shooter unlike any other. Players enter an insane arena full of wacky armed emojis ready for battle, where the stakes are high, and the level of fun is even higher.

The rules are easy: don’t die! You face a swarm of emojis shooting for glory as you enter the arena. In Combat Emoji, you must move to shoot and watch your back! There are no friends in this game. It’s every emoji for itself.

Combat Emoji also features a unique weapons system that lets players upgrade to better guns based on their number of wins in the game. As you blast away at baddies, you’ll earn coins that you can use to unlock more skins or special power ups for speed or protective shields.

If you manage to survive in the arena, you can earn enough coins to unlock your pick of over 20 cool emoji skins, from the cheeky monkey to the poop emoji. Plus, the more levels you’re able to clear, the more weapons you’ll be able to unlock too.

Like all Tap Men Games,’ the handmade graphics are stunning. Players get to battle in various arenas to the beat of a funky soundtrack for the title of “Supreme Emoji.” 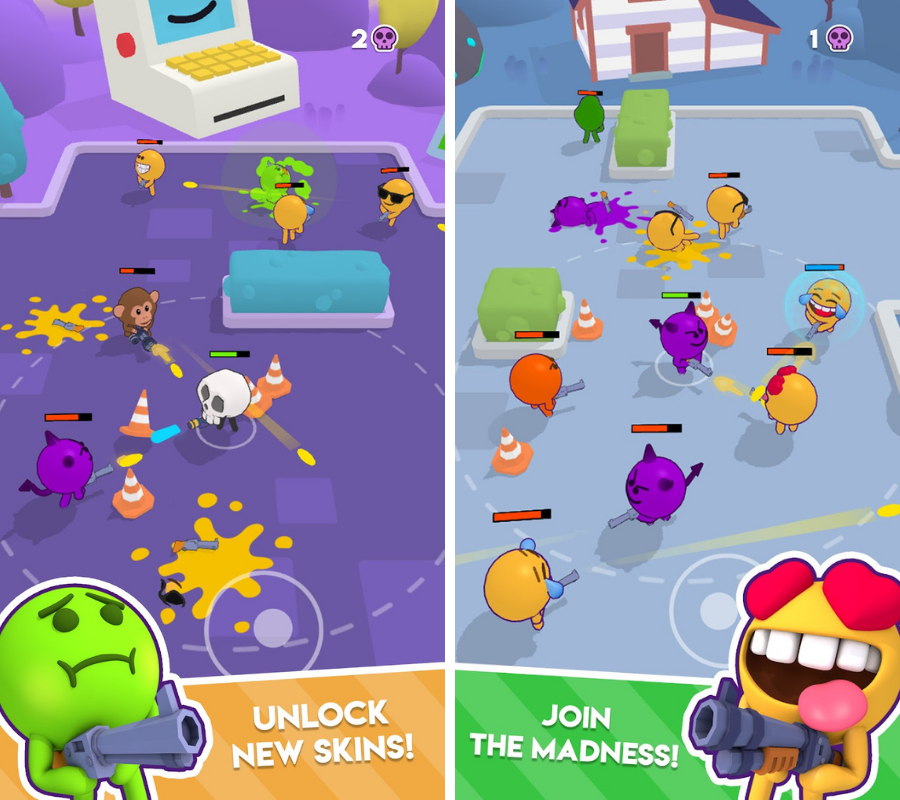 Congratulations to Tap Men Games on the success of Axolotl Stars. You can learn more about them and their games on their official website or Twitter page.

We hope today’s spotlight has inspired you to make a game with Buildbox!