We are excited to announce that Gemma Busoni is joining the Buildbox team as Head of Global Education. She has a fantastic background in the EDTech field and will be helping us expand Buildbox’s reach to students in classrooms around the world. As a young pioneer in both education and gaming, Gemma started her career early by winning a Thiel Fellowship and co-founding Discovr Labs, an immersive education & training startup. She also shared the cover of Seventeen magazine alongside former first lady Michelle Obama and delivered a TED talk on XR in education at TEDxSFState featured on TED.com. Her accomplishments have earned her a place on the Forbes 30 Under 30 list as one of the top entrepreneurs bringing access and opportunity to the classroom. We’re so thrilled to have her as part of the Buildbox and AppOnboard team. Recently, we sat down and chatted with Gemma about her past experiences and her ideas around the future of Buildbox academia.

Buildbox.com: You have an incredible background from co-founding Discovr Labs to making the Forbes 30 Under 30 list as one of the brightest young entrepreneurs bringing opportunity to the classroom and beyond. Could you share with us a little bit about yourself, your passion, and how you began your impressive career in the EDTech field? 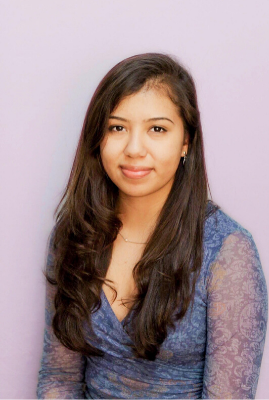 Gemma Busoni: Absolutely! I first began diving into technology when I was in high school when I attended my first hackathon/game jam. It was the first time I learned to code, and I was super enthusiastic to bring computer science back to my school. My school wanted to help, but despite serious efforts, we ultimately did not have the funds or support needed. This led me to start a nonprofit in downtown Los Angeles that helped connect STEM resources and instruction with underrepresented and low-income schools. My high school experience opened my eyes to the importance of barrier-breaking, and since then, my passion has lied at the intersection of technology, education & accessibility. When I started working on Discovr Labs, an immersive education & training startup, I was fortunate to be able to combine all of those passions + gaming & AR/VR. I was driven by a desire to democratize different industries through the use of technology, and I’m excited to bring that ethos to Buildbox.

Buildbox.com: What has been the highlight of your career so far?

Gemma Busoni: The highlight of my career is when I received the Thiel Fellowship. The Fellowship, which launched in 2011, encourages young people to pursue big ideas and start companies instead of attending college. I’m a strong supporter of challenging the status quo, and taking non-traditional paths and receiving the Fellowship was integral in helping me do so.

Buildbox.com: What led you to Buildbox?

Gemma Busoni: As a game developer myself, I do my best to stay updated on popular new tools in the industry. Buildbox has been making waves for some time, and I could definitely see the appeal once I took some time to play with the software. While my path in game development went through the coding route, the potential for a no-code game engine is undeniable. Personally, I believe the no-code movement is the future of productivity, and I’m really excited about how Buildbox opens the world of game development up to people who don’t know how to code.

Buildbox.com: As the head of our new global education initiative, what ideas do you have for the future around Buildbox academia?

Gemma Busoni: I’m looking forward to partnering with universities and higher learning institutions, expanding our learning resources, building out an ambassador program, and increasing our student user base.

While standard game engines are very powerful, they’re extremely technically heavy and can be cumbersome to creators that want to hit the ground running. Having worked on education initiatives at major game engine companies, one problem I always ran into was the intense barrier-to-entry to learning standard engines, making it difficult to collaborate with students who aren’t studying computer science, and ultimately limiting who can make games. Buildbox democratizes the game development build process for creators from all disciplines and studies, technical or not.

I’m always happy to listen to suggestions and feedback, please don’t hesitate to reach out at gemma@buildbox.com. I am looking forward to connecting and creating with our community!

Buildbox.com: Welcome to the team, Gemma Busoni! We’re looking forward to changing the way games are created and how students learn together.